WASHINGTON - Saudi Arabia deployed an online army to harass dissident journalist Jamal Khashoggi and other critics of the kingdom on Twitter, the New York Times reported on Saturday.

The efforts to attack Khashoggi and other influential Saudis, and sway public opinion against them on the social media service, included a so-called troll farm based in Riyadh and a suspected spy within Twitter that the kingdom utilized to monitor user accounts, the New York Times reported.

Saudi officials said on Saturday that Washington Post columnist Khashoggi died in a fight in its Istanbul consulate. Turkish officials say Khashoggi was assassinated and dismembered by Saudi security forces.

The Times reported Saudi operatives began a social media campaign to harass critics in 2010. Saud al-Qahtani, an adviser to Crown Prince Mohammed bin Salman, created the strategy behind the effort, the newspaper said, citing US and Saudi officials.

Qahtani was one of five officials Saudi King Salman has fired, according to Saudi state media, following the global controversy over Khashoggi's disappearance.

The Times also cited a report by the consultancy firm McKinsey & Co that discussed public perception of economic austerity measures announced by Saudi Arabia in 2015.

The newspaper, which obtained a copy of the nine-page report, said sentiment was more negative than positive, and that the conversation was driven by three people the report identified. 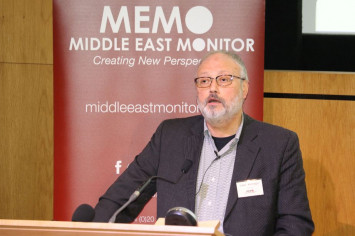 After the McKinsey report was issued, one of the three was arrested, a second said the government arrested two of his brothers and hacked his cellphone, and the third Twitter account was shut down, according to The Times.

McKinsey said in a statement that it was "horrified" by the possibility its report was used to target individuals and that it was not prepared for any government entity. McKinsey said it was investigating how and with whom the document was shared.

"We were never commissioned by any authority in Saudi Arabia to prepare a report of any kind or in any form to identify critics," McKinsey said. "In our work with governments, McKinsey has not and never would engage in any work that seeks to target individuals based on their views."