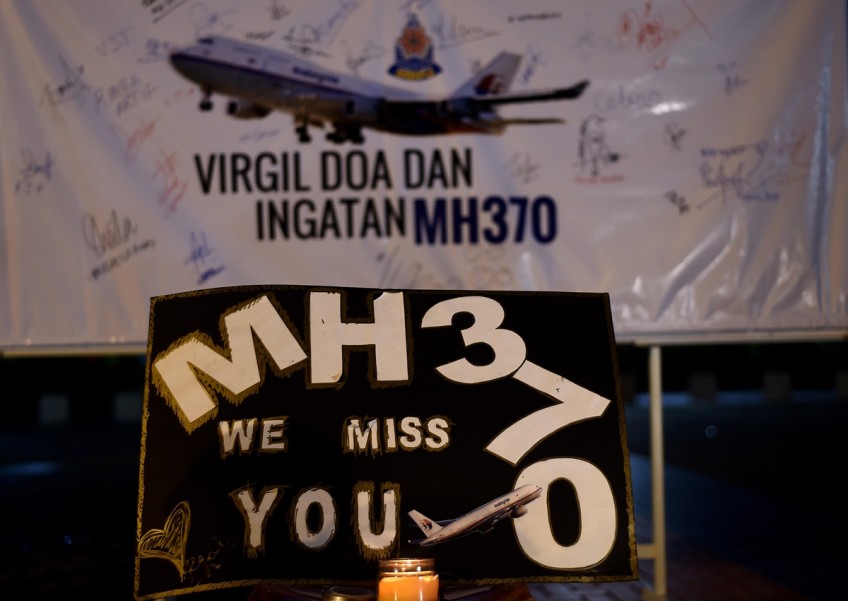 SYDNEY - Two shipwrecks found during the hunt for missing flight MH370 in the remote Southern Ocean were identified Thursday (May 3) as 19th century merchant vessels carrying coal, each crewed by up to 30 people.

The Malaysia Airlines plane disappeared in March 2014 with 239 people, mostly from China, on board while en route from Kuala Lumpur to Beijing.

No sign of the jet was found in the area during the largest search in aviation history, which was suspended in January last year - but the Australian-led hunt did come across two wrecks, the deepest at 3,900m.

The MH370 search was restarted in January in an area north of the original zone, with a private research vessel scouring the seabed commissioned by Malaysia on a "no find, no fee" basis. So far it has found nothing.

The Western Australian Museum analysed sonar and video data from the first search to determine what had been found.

"Both wrecks were in fact 19th century merchant sailing ships - one wooden and one iron - both carrying coal," said Ross Anderson, the museum's curator of maritime archaeology.

Cargo ships of that era likely carried crews of between 15 and 30 men, although sometimes captains travelled with their wives and children. Both vessels may also have carried additional passengers.

It was difficult to determine exactly which ships they were, but the possibilities have been narrowed based on information from predominantly British shipping sources, Anderson said.

The wooden ship could be the W Gordon, which vanished while travelling from Glasgow in Scotland to Adelaide in 1876, or the Magdala, voyaging from Penarth in Wales to Ternate in Indonesia.

The hull structure of the wooden ship and other timbers appeared to have totally degraded, leaving only the remains of its coal cargo and metal objects such as fastenings, anchors and fittings.

"The evidence points to the ship sinking as a result of a catastrophic event such as explosion, which was common in the transport of coal cargoes," Anderson said.

One of the most interesting finds was a large rectangular metal object, six metres in length, which initially generated excitement as a possible treasure chest. But it was found to be the ship's iron water tank.

The second wreck was more intact, lying upright on the seabed, with at least two decks and visible portholes at the stern.