Irish writer and actress Lisa Harding poses during a photo session in Paris.

Lisa Harding jokes that she is going to choose a "nice cheery subject" for her next book before admitting that it is actually about children coping with alcoholic parents.

But if it gets anything like the acclaim of her debut novel, Harvesting, a heart-wrenching yet utterly gripping account of two sex trafficked teenage girls, her publishers will be more than happy.

Harvesting has been hailed as "shockingly good" by the Irish writer Roddy Doyle -- the author of The Van and The Commitments -- a "brilliantly written... thought-provoking, anger-provoking, guilt-provoking" kick to the collective conscience.

The Irish First Lady Sabina Coyne Higgins was so moved by it that she put pen to paper to urge people to read it. 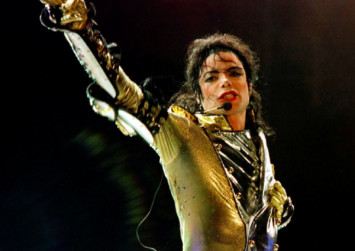 "This wonderful book records a hidden world of horror and pain that is hard to believe exists, but which sadly is a stark reality for so many."

Harding, an actress best known for her part in the Irish television soap Fair City, tells the story of two young girls who are "tricked, cajoled and forced" into prostitution, using alternating first-person narratives.

She used real testimonies from trafficked 13- to 15-year-olds to "get into their heads", working with NGOs in Ireland and Moldova to build up a realistic picture of the girls and give "them back the voice they had been robbed of".

Sammy is an off-the-rails middle-class Irish teenager while Nico is a studious Moldovan child who is sold into marriage by her father at 12 before being trafficked through Europe to Ireland.

"People might find it difficult to believe that this kind of cruelty is going on on such an industrial scale, but it is happening and we are doing precious little about it," Harding told AFP in Paris as the book was published in French.

The girls end up being held in a house on a Dublin "ghost estate" left unfinished when the Irish property boom collapsed.

It's an apt metaphor of the dark side of capitalism that Harding said was "very deliberate".

Sex trafficking is an enormous and growing global business making more than $100 billion a year on the pain of its victims, she said.

"When the authorities pull in a car full of girls usually they are too afraid to speak, afraid for themselves and for their families back home," she said.

"If it was a car full of drugs or arms it would be different -- the traffickers would go down.

"So it's a low-risk high-profit business, and the legislation as it stands across Europe is not looking after the most vulnerable," the author insisted.

While countries like France and Ireland have adopted the Nordic model of prosecuting the clients rather than prostitutes, Harding insisted there was a "lack of will to implement the law or to really take on trafficking."

For Harding, whose eyes were opened to the trade when she was asked to take part in an anti-trafficking campaign, change will only come when the women's suffering stops being swept under the carpet.

"Prostitutes in fiction are usually an object, a murder victim or Pretty Woman figure. These girls have no voice. Nobody wants to know because it is too hard."

Even the #MeToo movement has failed them, she argued.

"I don't think it is giving a voice to trafficked women. This is the utter silencing of people."

In the book, the two girls create a bubble in which "they hold onto a precious core of themselves" to survive the daily dehumanizing horror they have to go through.

It is a coping strategy used by many trauma victims the writer found in the course of her research.

"There is lightness, humour and love in the book that people may not think possible," Harding said.

"I veer away from anything sensational or graphic, you stay with them and their unlikely friendship."

Indeed, several publishers rejected the novel "because they thought the subject was impossible to market, that it would be too difficult to get people to pick up."

But since it started winning awards it has been picked up for the big screen by the director of the hit British television comedy series, Derry Girls.

Harding believes that getting into men's heads is the only way to tackle trafficking.

An experiment carried out by the Irish NGO Ruhama last year, using a fake prostitute advert, found very few clients were concerned when they found out that the woman was trafficked.

"No one tried to help her," Harding said. "The best one guy managed was saying, 'You'd better get yourself home.'"