Saudi Arabia's powerful crown prince appeared Tuesday at a glitzy investment forum boycotted by a host of global business leaders, as the petro-state admitted it is facing a "crisis" after the murder of journalist Jamal Khashoggi.

Crown Prince Mohammed bin Salman smiled and took selfies with cheering delegates during his 15-minute appearance on the opening day of the three-day Future Investment Initiative (FII), which is aiming to project the historically insular Gulf kingdom as a lucrative business destination.

The conference, nicknamed "Davos in the desert", has been overshadowed by the outcry over the murder of Khashoggi inside the kingdom's consulate in Istanbul on October 2, with a string of leading international investors pulling out over the case.

But Saudi organisers sought to portray it was business as usual, announcing 12 "mega deals" worth more than $50 billion in oil, gas, infrastructure and other sectors.

They sought to rally around Prince Mohammed, the king's powerful son whose reform credentials have been tarnished by the scandal despite repeated denials he had any involvement in the killing.

After his brief appearance on the opening day, Saudi media said the crown prince would take part in a panel at the conference on Wednesday.

But Energy Minister Khalid al-Falih acknowledged "these are difficult days".

"We are going through a crisis," Falih said in his speech.

Falih said the murder of Khashoggi was regrettable, adding that "nobody in the kingdom can justify it".

In further efforts to diffuse the crisis, Saudi Arabia's cabinet said his killers would be held accountable "no matter who they may be".

The comments came as Turkish President Recep Tayyip Erdogan demanded to know who gave the order for Khashoggi's killing in his country and the whereabouts of the slain journalist's corpse. 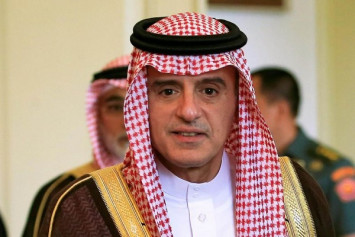 Khan's government announced later Tuesday in a statement from Islamabad that Saudi Arabia had pledged $3 billion to Pakistan as it battles a balance of payments crisis, as well as to defer another $3 billion in payments for oil imports.

Falih heaped praise on the CEO of French energy giant Total, Patrick Pouyanne, for standing by Saudi Arabia in this difficult period.

"We see what partnership means when you have difficult times," Pouyanne responded as he shared the stage with Falih.

"This is when you really strengthen a partnership."

Dozens of delegates walked a red carpet into the vast conference venue at the Ritz-Carlton, with a cathedral-like lobby, frescoed ceilings and glittering chandeliers.

But as the day progressed, the crowds thinned in the main auditorium even as Prince Mohammed sat in the front alongside Jordan's King Abdullah II and billionaire Prince Alwaleed bin Talal, who was detained in the hotel last year along with other elites in what authorities called a crackdown on corruption.

Organisers frequently changed the agenda of the event in a sign speakers were dropping out.

A long list of investors and international policymakers have already declined to show up in Riyadh in apparent protest against the Khashoggi killing.

Ministers from Britain and France and the United States, which have huge defence deals at stake with Saudi Arabia, have stayed away.

A wider Western boycott of the conference suggests rising political risks in Saudi Arabia that could hit foreign direct investment, which already plunged to a 14-year low last year, according to a UN body.

And in a fresh setback, the forum's website went down on Monday after an apparent cyberattack. There was no immediate claim of responsibility.

It was back up with reduced content as the conference progressed.

This year's conference contrasts with last year's inaugural FII -- a star-studded event at which Prince Mohammed was lionised as a visionary by speakers.

But many Western firms have too much at stake to abandon the Arab world's biggest economy, and some have decided to send lower-level executives.

"The West is still interested in the business opportunity that Saudi offers," said Tony Chan, president of Saudi Arabia's King Abdullah University of Science and Technology, who attended the forum.

"The no-shows have to be reconciled with that fact. As business shifts from West to East, those companies have to find a balance between maintaining a good PR image and their business considerations."

Companies from China and Russia have shown little interest in withdrawing from the event, an organiser said.

"The high profile withdrawal of so many American CEOs from the conference certainly presents opportunities for Asian and Russian companies to make a splash," Ellen Wald, author of the book "Saudi Inc.", told AFP.

The crown prince, widely known by his initials MBS, faces what the risk consultancy Eurasia Group has called "an acute public relations crisis" over Khashoggi's murder.