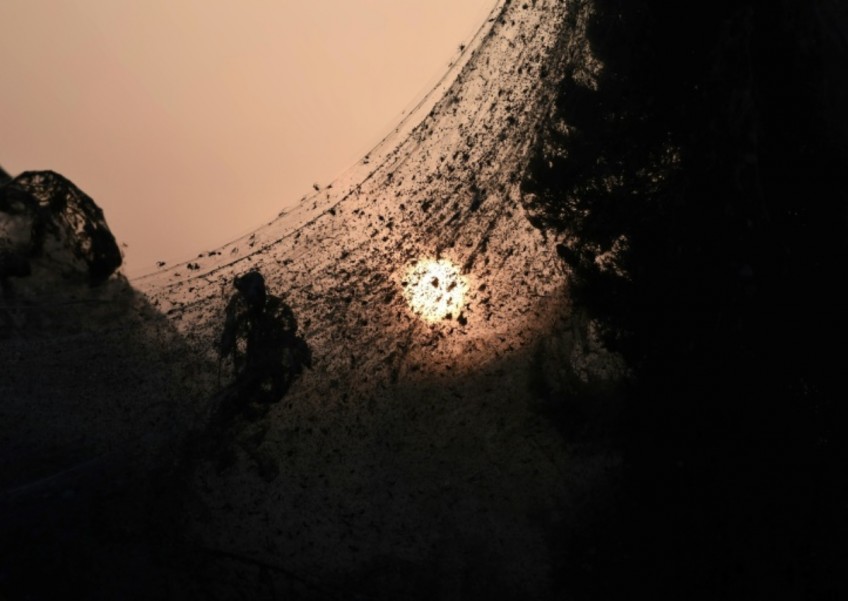 Lake Vistonida in northern Greece has become an arachnophobe's worst nightmare after it was cloaked recently by massive webs spun by hundreds of thousands of small spiders.

Biologists say the recent phenomenon, though rare, is not unheard of and is caused by unseasonally warm weather prompting an increase in the local population of mosquitoes and gnats.

"It's caused by an overpopulation of spiders...there is an abundance of food available," local environmental park biologist Euterpe Patetsini told Alpha TV.

Draped over roadside bushes, fences and small trees, the webs have a combined length of about 1,000 metres (1,100 yards).

"Weather conditions are ideal for them to multiply," she said.

The spiders are from the genus Tetragnatha, known as stretch spiders due to their elongated bodies. They are known to build webs near watery habitats, with some species even said to be able to walk on water.

A similar case was noted in the western Greek coastal town of Aetoliko last month.

The webs are expected to recede as temperatures drop and heavier rainfall sets in.