A statue of Robert Baden-Powell is seen in Poole, the statue is due to be removed following protests against the death of George Floyd who died in police custody in Minneapolis, Poole, Britain, June 10, 2020.

POOLE, England - A British statue of Robert Baden-Powell, founder of the worldwide scouting movement, will be given 24-hour security until it is removed or until the threat subsides after it became a target of anti-racism protests.

Poole council had said it would temporarily remove the statue of Baden-Powell, a British Boer War hero, from its location on the quay of the seaside town in southern England on Thursday pending discussions about its future.

However, the removal has been briefly delayed.

Demonstrations sweeping across the United States and Europe following the death of George Floyd have reignited a debate in Britain about monuments to those involved in the country's imperialist past.

A number of sculptures have been taken down while others, such as a statue to Britain's World War Two leader Winston Churchill, opposite parliament, have been defaced.

The council had said there were "some aspects of Robert Baden-Powell's life that are considered less worthy of commemoration". Police said the statue could be a target.

Erected just over a decade ago, it depicts a seated Baden-Powell looking across the harbour to Brownsea Island, where he started the scout movement in 1907.

"We know that local people feel proud of Lord Baden-Powell's and the Scout movement's links with Poole, and that some people feel that we would be giving in to the protesters by temporarily removing the statue," said Mark Howell, the council's deputy leader.

"Although we cannot say when any temporary removal may take place, we will be providing 24-hour security until it is either removed or the threat diminishes." 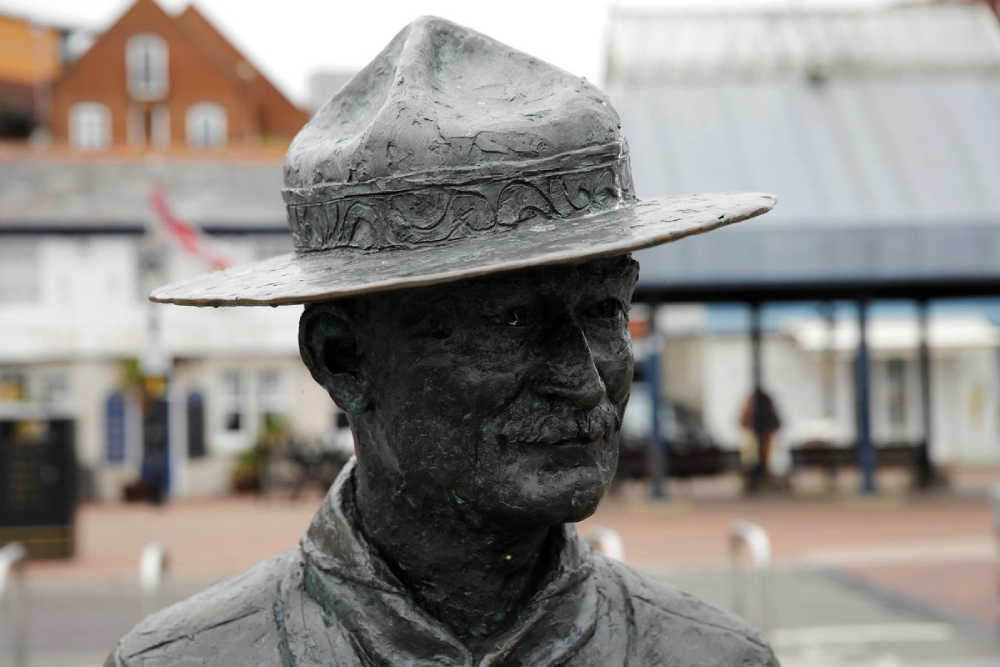 Baden-Powell is widely hailed for setting up the scout movement which boasts 54 million members worldwide and in a 2007 poll, he was voted the 13th most influential person in the United Kingdom in the 20th century. But critics say he held racist views and was a supporter of Adolf Hitler and fascism.

Some locals along with former and current scouts had reacted with anger at the planned removal, and the area's member of parliament, Conor Burns, described it as "a huge error of judgement".

A spokesman for the Scouts said the organisation was looking forward to discussing the matter with the council "to make an informed decision on what happens next".

On Sunday, protesters in Bristol, western England, pulled down a statue of 17th Century slave trader Edward Colston and threw it into the harbour. It was retrieved on Thursday and the local council said it would be displayed in a museum.