But the NBA star's suggestion that the lunar landings may have been an elaborate hoax has left NASA puzzled.

Curry raised eyebrows on Monday when he became the latest basketball player to advance a conspiracy theory, echoing Kyrie Irving's assertion in 2017 that the Earth was flat.

Speaking on "The Winging It" podcast, Curry said he had doubts about whether NASA had actually put a man on the Moon in 1969. 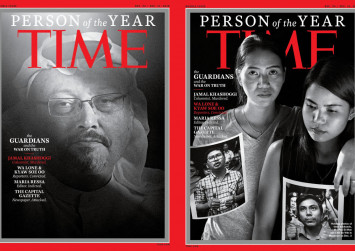 "We ever been to the moon?" Curry asked on the podcast, before several fellow guests replied: "Nope."

"They're going to come get us," Curry added after advancing the theory.

"Sorry, I don't want to start conspiracies," he added.

Curry's remarks drew a bemused response from a NASA spokesman, who invited the two-time NBA MVP to a tour of the agency's facilities.

"We'd love for Mr Curry to tour the lunar lab at our Johnson Space Center in Houston, perhaps the next time the Warriors are in town to play the Rockets," NASA spokesman Allard Beutel told The New York Times.

"We have hundreds of pounds of moon rocks stored there, and the Apollo mission control. During his visit, he can see firsthand what we did 50 years ago, as well as what we're doing now to go back to the moon in the coming years, but this time to stay."

Retired US astronaut Scott Kelly, a veteran of four space flights and former commander of the International Space Station, meanwhile weighed in on Twitter.

Steph, so much respect for you, but re the moon landing thing, let’s talk. DM me. https://t.co/BXYxPF4zz1

"Steph, so much respect for you, but re the moon landing thing, let's talk," Kelly wrote. "DM me."