Pedestrians walking past the main entrance to the Reserve Bank of Australia (RBA) head office in central Sydney, Australia on July 29, 2021.

CANBERRA, Australia - Australian authorities said they could ease a Covid-19 lockdown that demands Sydney's five million people stay home until the end of August if half the population is vaccinated, even as new infections linger near a 16-month high.

A lifting of restrictions in the country's most populous city and its surroundings in New South Wales state would be a boost for Prime Minister Scott Morrison, under intense pressure for his government's handling of the vaccine rollout, with the threat of a second economic recession in as many years looming.

New South Wales, which accounts for a third of all activity in Australia's A$2 trillion (S$2 trillion) economy, has struggled to contain a surge of cases of the highly infectious Delta variant in Sydney despite the lockdown, currently due to be lifted on Aug 29.

While the state on Tuesday (Aug 3) reported another 199 locally acquired Covid-19 cases in the past 24 hours — near a 16-month high of 239 infections recorded in one day last week — Premier Gladys Berejiklian said curbs could be eased if six million people in New South Wales are vaccinated by the time the lockdown is due to end. 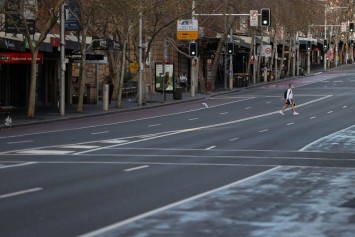 "Six million jabs is roughly half the population with at least one or two doses," Berejiklian told reporters in Sydney. "That gives us additional options as to what life looks like on Aug 29."

Berejiklian didn't say exactly how many in New South Wales were fully vaccinated as of Tuesday but said the state is on course to meet its vaccination target. She cautioned the number of people in the community while infectious would also need to come down.

Although Australia has largely kept its Covid-19 numbers relatively low, with just over 34,500 cases and 925 deaths, its national vaccination rollout has hit several roadblocks due to changing medical advice on AstraZeneca doses over blood clot concerns and supply constraints for Pfizer inoculation.

The target in New South Wales comes just days after national premier Morrison promised lockdowns would be "less likely" once the country inoculates 70 per cent of its population above 16 years of age - a long way from the current 19 per cent level. Morrison expects to hit the 70 per cent mark by the end of the year.

"If [Australians] do have hesitancy about the vaccine, I am not going to pay them off," Morrison told reporters in Canberra.

The PM also released the modelling behind the national strategy which showed Australia would need to vaccinate seven in 10 people to control the spread of the virus without economically damaging lockdowns.

The modelling, by the Peter Doherty Institute for Infection and Immunity, also called for younger Australians to be the next focus of the vaccine campaign. 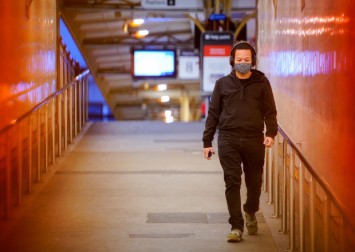 Once vulnerable Australians were inoculated, "uptake by young adults (aged 16 and over) will strongly influence the impact of vaccination on overall transmission", notes published alongside the modelling said.

The lockdown of Sydney is expected to see the Australian economy shrink in the current quarter, and Treasurer Josh Frydenberg has warned the length of the stay-at-home orders will determine whether a recession can be avoided.

Despite the ongoing threat to the economy, the Reserve Bank of Australia on Tuesday said it would stick with its plan to taper bond buying from September, contravening marketing expectations.

Meanwhile, Queensland state said on Tuesday it has reported 16 new Covid-19 cases in the past 24 hours, the highest daily number of new cases in a year.