TORONTO - A Syrian man who spent seven months stranded in a Malaysian airport arrived in Canada on Monday, his lawyer said on Tuesday, ending a months-long ordeal that highlighted asylum seekers' often bizarre quest for refuge.

Hassan Al Kontar got stuck in Kuala Lumpur International Airport in March when his Malaysian visa expired and he was not allowed to board a flight to another country.

He spent months in Terminal 2, living off airline meals, trying to find a country that would give him a visa, and documenting his travails to thousands of followers via Twitter and Facebook.

He showed himself knitting and celebrated when the sun peeked through the window or when, momentarily, a few fluorescent lights went off. 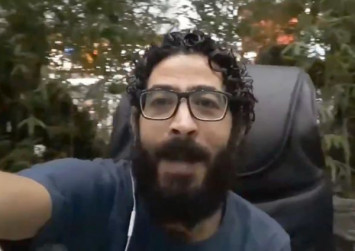 "One day," he wrote in May, captioning a photo of himself looking out the window at a bank of waiting planes, "it will just be a story."

His plight caught the eye of Canadians who sought to privately sponsor him as a refugee.

"When we noticed he had this issue, he was stranded in the Malaysian airport and no place to go, nobody is accepting him, I offered, 'We have space. We can bring him in to sponsor him,'" said Shawkat Hassan, with British Columbia's Muslim Association, which helped sponsor Al Kontar.

"So right away, some people responded and we started the procedure, we filled the paperwork and we sent it over," Hassan added.

The paperwork took months to process. Meanwhile, Al Kontar was taken into Malaysian immigration detention and threatened with deportation to Syria.

On Monday night, he arrived at Vancouver International Airport wearing flip-flops and was driven by Laurie Cooper, one of his sponsors, up the winding highway to Whistler, where he is staying.