Justin Trudeau walks with his wife Sophie and his son Hadrien during a campaign stop on Sept 13, 2021 in Vancouver.

RICHMOND, British Columbia - Canadian Prime Minister Justin Trudeau, in an increasingly tight election race, on Tuesday (Sept 14) said he had no regrets over snapping at a protester who insulted his wife, Sophie Gregoire.

Trudeau, who has been heckled repeatedly by people opposed to mandatory Covid-19 vaccinations, reacted sharply on Monday when preparing for an outdoor interview ahead of the Sept 20 federal election.

After one man standing across the road made derogatory remarks about Gregoire, Trudeau shouted back "Isn't there a hospital you should be going to bother right now?"

Critics said the comment by the Liberal Party leader was insensitive, given protesters had gathered earlier in the day outside hospitals to protest moves by various authorities to insist people get vaccinated.

"I think Canadians know that I've a pretty thick skin. And I am able to take all sorts of different abuse, especially if it means that someone is not somewhere else hassling frontline health workers," Trudeau told reporters.

"But he went after my family. He said hateful, misogynistic things about my wife... everyone has limits."

The tone of the campaign is gradually turning more negative ahead of the election that Trudeau called two years early to give voters a chance to pass their verdict on his handling of the pandemic. 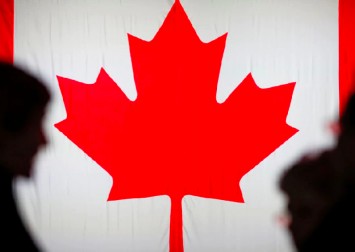 Trudeau only has a minority of seats in the House of Commons, which means he has to rely on other parties to govern.

A Leger poll for the Canadian Press on Tuesday put both the Liberals and Conservatives on 32 per cent public support, with the left-leaning New Democrats on 20 per cent.

Such a result on election day would leave Trudeau well short of the majority he is seeking and might even hand O'Toole his own minority.