Texas governor calls for investigation into 'pornography' in school libraries

Texas Governor Greg Abbott speaks at the annual National Rifle Association (NRA) convention in Dallas, Texas, US, on May 4, 2018.

LUBBOCK - Texas Governor Greg Abbott on Wednesday (Nov 10) called on the state's education regulatory agencies to investigate the presence of what he called pornographic books in school libraries.

In a letter addressed to Texas Education Agency Commissioner Mike Morath, Abbott wrote that he expected the agency to notify him of any "instance of pornography being provided to minors under the age of 18 for prosecution to the fullest extent of the law."

"I am directing the Texas Education Agency to investigate any criminal activity in our public schools involving the availability of pornography," Abbott wrote.

In a separate letter sent on Monday, Abbott ordered the education agency, along with the State Library and Archives Commission and the state Board of Education, to immediately develop standards "to ensure no child is exposed to pornography" in schools.

Abbott is the latest Republican official to weigh in on issues related to gender and sexual orientation, part of a culture war largely pitting Republicans against Democrats.

The governor faces re-election next year and is being challenged from the right by more conservative candidates.

The book issue came to attention in Texas after a suburban Fort Worth school district said last week it had removed a book on gender identity from its school library following complaints by parents that it was obscene. The book is an award-winning graphic novel titled Gender Queer: a Memoir. 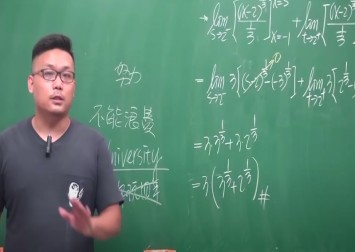 Abbott also cited a book entitled In the Dream House in his Monday letter, one of several books the Leander Independent School District north of Austin removed from classrooms recently.

The Texas Education Agency did not immediately respond to a request for comment but said after receiving Abbott's first letter on Monday that it takes his complaints seriously and would comply.

The state's Library and Archives Commission said it looked forward to working with the education agency and board of education "to support our students and their families."

In an opinion piece in the Washington Post last month, Maia Kobabe, author of Gender Queer: a Memoir, noted the book had been targeted by school districts in a number of states.

"Removing or restricting queer books in libraries and schools is like cutting a lifeline for queer youth, who might not yet even know what terms to ask Google to find out more about their own identities, bodies and health," Kobabe wrote.