Thanks for sharing? US politicians' online tone seeks an authentic like

These American politicians may or may not be running for president in 2020, but they are united in their savvy social media use to raise their national profiles, appear more relatable to new voters and rake in millions of dollars in donations.

The approach - even when desperately oversharing personal lives online - is a bold one, full of promise and some pitfalls.

A fresh generation of Democratic lawmakers, and a few canny veterans, are pioneering the new social media strategy they hope will help them topple United States President Donald Trump. 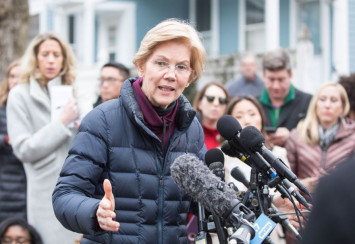 Today's digital age is a startlingly frank and revealing one, and some lawmakers are embracing it, political risks be damned.

Ms Alexandria Ocasio-Cortez was tending bar one year ago, but now, as a new Democratic member of Congress, the 29-year-old New Yorker has 2.3 million Twitter followers and, perhaps more intriguingly, 1.7 million on photo- and video-sharing platform Instagram.

While Ms Ocasio-Cortez posts about policy, she also shares videos of herself showing off dance moves, or cooking macaroni and cheese.

At first glance, they are just glimpses into the everyday world of the lawmaker known simply as AOC.

But she and others are gambling big time on bringing along thousands or even millions of viewers on their life journey.

That could make all the difference for those running for president in 2020.

"If you're not... making serious investments online, you likely have zero shot in the Democratic primary," said Mr Adam Parkhomenko, a consultant and former staffer for 2016 Democratic nominee Hillary Clinton.

"It's probably the most important thing that a campaign can do," he told AFP in an interview.

Online personal brand promotion is being embraced by politicians, especially those who came of age in the 21st century and recognise its importance.

"They're using it to get out their message, and it works," Mr Parkhomenko said.

The idea that non-presidential imagery or messaging is taboo for White House candidates is almost trite today. The US President himself is famous for pushing the boundaries of decency on his favourite platform, Twitter.

"Things have changed a ton in the last two or three years," Mr Parkhomenko added.

"You want to support someone that you can relate to" - even if that means watching them shop, jog, drive through their district or see a doctor.

Enter Mr O'Rourke, whose visit to a dentist in his home town of El Paso, Texas, for a conversation about life near the US-Mexico border triggered an avalanche of reaction online.

"So, I'm here with Diana, my dental hygienist," Mr O'Rourke says to kick off the video on Instagram, where he has 760,000 followers.

The clip shows Mr O'Rourke, 46, wearing a protective green bib as Diana removes an electric polishing tool from his mouth after cleaning his pearly whites.

"Even for me, this is Too Much Instagram," complained one user.

Mr O'Rourke may well have sought to improve his brand image, but the visit also brought up the issue of dental coverage.

HOW MUCH IS TOO MUCH?

Lawmakers were not always so revealing. But Prof Talan says a new generation of tweeters and Instagram users in Congress are revealing their daily lives more than ever.

Prof Talan says voters should expect more everyday life clips from presidential hopefuls, pushed to the screens of millions of Americans who never log off.

But the transparency is mostly illusory, with the risk of coming off as inauthentic.

When Ms Warren, 69, recently livestreamed herself drinking a Michelob Ultra, it unleashed a provocative debate.

"This is where you get into serious questions about... politicians overreaching," Prof Talan said.

"Even a beer opening on Instagram has risks and can ring inauthentic."

But it nevertheless can ring in big money.

Instagram is owned by Facebook and the megasite is likely optimised to comb through enormous data sets gathered from the millions of users who watch Ms Warren, Mr O'Rourke, Mr Booker, Mr Bernie Sanders, Ms Kamala Harris, Mr Joe Biden and other politicians on Instagram.

So even if Mr O'Rourke's teeth-cleaning was cringeworthy and substance-free, it could help his campaign target Facebook ads or messages at the thousands of users who watched his livestream.

These political messengers are seeing their followings grow with every personable clip. But how intimate will politicians' postings get?

"We won't know how much is too much until we reach it," Prof Talan said.