After more than half a century, revving engines in the tough off-road sport known locally as "torfaera" still draw crowds who love the noise and daring drivers.

It's late summer and Akrafjall mountain, which looms over the small town of Akranes, has been turned into a temporary race track.

Instead of asphalt, rocky terrain dotted with tufts of grass serves as proving grounds for the drivers of 19 purpose-built 4x4 vehicles.

Known internationally as "Formula Offroad," a more direct translation of the Icelandic torfaera is "difficult driving" or "difficult road".

Ahead of the fourth of five rounds of the Icelandic championship, the vehicles, which look like a cross between a jeep and a dune buggy, are being prepared for the challenge.

At the wheel of "Bomban" (The bomb), 30-year-old Olafur Ingjaldsson is a bag of nerves before his first race.

"But it happens so fast that you forget everything. They say you can go and 10-20 seconds later it's over," he tells AFP, in a effort to reassure himself at the same time.

The drivers are only protected by a helmet, a safety harness and the vehicle's reinforced roof.

Racing up and down steep hills, the drivers try to pass through gates and earn points.

Stopping or touching one of the gates results in points being deducted.

Some drivers make the tracks, which include seemingly vertical hill climbs, look effortless, while others get stuck in the dirt or tip over, leaving their cars looking like a turtle on its back.

"The enjoyment is the excitement, hearing the noise and seeing people sort of trying the impossible," said Tryggvi Thordarson, president of the Icelandic Motorsport Association, which governs torfaera.

Starting in the early 1960s, the sport was born when fans of 4x4s working for Icelandic rescue services began to show what their vehicles were capable of in the hilly terrain.

The goal was originally to raise funds for their operations, and competitions were held between different rescue teams that went head-to-head in off-road races.

The first official championship was held in 1965 in the Mosfellsdal Valley, near the capital Reykjavik.

Formula Offroad has since spread outside Iceland, particularly to other Nordic states, but it has also made its way to the US.

One of the cars lining up for the Akrafjall race is dubbed Hekla, and it packed around 1,000 horsepower under the hood.

Drivers must be careful with that kind of power however, it isn't just for speed.

The tracks "are not that long and they are difficult, you have to turn … so speed is not an option," mechanic Arnar Bjarkarsson tells AFP. 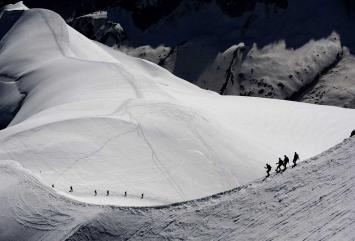 "The main thing is about power," Bjarkarsson explains, noting that all those horses had to be tamed.

Successful drivers can be tight-lipped about how to achieve that.

"The more you train, the better you get," Thor Palsson, winner of 2018 and 2019 championships, replied when queried by AFP.

Drivers, who are almost all amateurs, are often more concerned with just finishing than getting a record time.

"I have to be really progressive and thinking what I'm going to do and try to choose the best way to drive. And maybe it's working or maybe not," says Haukur Einarsson, a driver who also plays bass in a rock band. 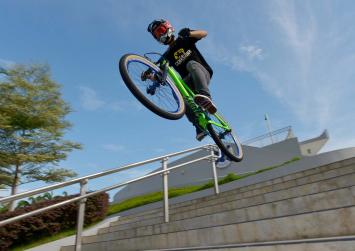 Meanwhile, trying to limit breakage isn't only aimed at keeping drivers safe, but also to protect their wallets, as cars cost between five and 15 million kronur (around $40,000 to $120,000).

In the early 2000s, international TV channels like Eurosport and the BBC were interested in torfaera, which drew sponsors as well.

But with the 2008 financial crisis, sponsors became scarce, forcing drivers and their teams to rely more and more on themselves.