TOKYO - Toyota Motor Corp and Panasonic Corp are set to announce plans to establish a joint company to "connect" cars and homes, Kyodo news reported on Thursday, ahead of a joint news conference by the two companies in Tokyo.

The firms will announce the creation of a new company that would focus on technology that could be used in urban planning, Kyodo said, without citing sources.

The companies confirmed that they would hold a joint news conference at 11.30am (0230 GMT) but have not elaborated.

Toyota has been developing a network of connected cars that can share information on vehicle usage and diagnostics - information that could be leveraged for on-demand ride-sharing, insurance and maintenance.

Read Also
Coming soon to China: The car of the future 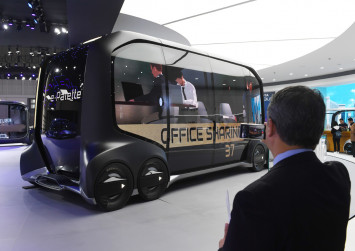 A tie-up would deepen the partnership between Toyota and Panasonic.

The two announced a joint venture to build electric-vehicle batteries in January, pooling the R&D and manufacturing strengths of one of the world's largest automakers and battery makers to compete in the fast-growing EV market.