People protest against the killing of journalist Jamal Khashoggi in Turkey outside the Saudi Arabian Embassy in London, Britain, on Oct 26 2018.

ISTANBUL - Turkish President Recep Tayyip Erdogan on Sunday (Feb 3) accused the United States of maintaining a "silence" on the murder of Saudi journalist Jamal Khashoggi, who killed by a Saudi hit team in the kingdom's Istanbul consulate.

"I cannot understand America's silence... We want everything to be clarified because there is an atrocity, there is a murder," Erdogan told an interview with state-run TRT television.

"The Khashoggi murder is not an ordinary one."

Khashoggi, a Washington Post contributor and Saudi regime critic, was murdered at the Saudi consulate in Istanbul on Oct 2.

He visited the consulate to obtain paperwork for his upcoming marriage to a Turkish woman. 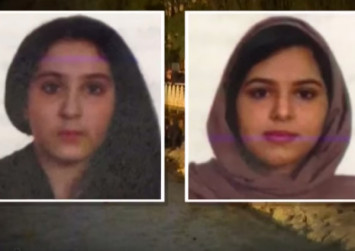 Turkey says Khashoggi was killed by a team of 15 Saudis who strangled him at the kingdom's diplomatic mission.

Riyadh, after denying the killing for two weeks, eventually described it as a "rogue" operation but denied any involvement by Crown Prince Mohammed bin Salman.

The case has caused strains in the kingdom's ties with Washington.

Turkish officials are seeking answers from Saudi Arabia to a number of questions including who order the hit, and the whereabouts of Khashoggi's body.

Unhappy with Riyadh's co-operation in the investigation, Ankara has also called for an international inquiry.

A UN judicial expert investigating the murder met this week with Turkish authorities in Ankara and Istanbul and carried out inspections outside the Saudi consulate.

Eleven men are on trial in Saudi Arabia accused of involvement in the murder with the attorney-general seeking the death penalty for five of the defendants.