ANKARA - Turkish police are searching a forest on the outskirts of Istanbul and a city near the Sea of Marmara for remains of a Saudi dissident journalist who disappeared two weeks ago after entering the Saudi consulate, two Turkish officials said.

Investigators have also recovered "many samples" from their searches of the consulate and the consul's residence, the senior officials told Reuters, and will attempt to analyse those for traces of the DNA of journalist Jamal Khashoggi.

Saudi Arabia has denied allegations by Turkish officials who have said Khashoggi was killed inside the building and his body removed. His disappearance and likely death has caused an international outcry and strained relations between Saudi Arabia and the United States and European countries.

Authorities widened the geographic focus of the search after tracking the routes and stops of cars that left the Saudi consulate and the consul's residence on Oct 2, the day Khashoggi was last seen, the senior officials said.

Khashoggi's killers may have dumped his remains in Belgrad Forest adjacent to Istanbul, and at a rural location near the city of Yalova, a 90km drive south of Istanbul, the officials said. 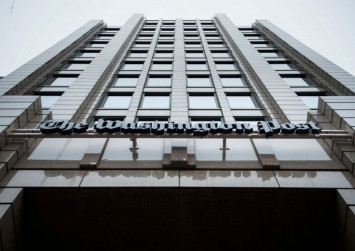 "The investigations led to some suspicion that his remains may be in the city of Yalova and the Belgrad forest, police have been searching these areas," one of the officials said.

A "farm house or villa" may have been used for the disposal of remains, the official said.

Turkish investigators on Thursday for a second time searched the Saudi consulate where Khashoggi, a US resident and Washington Post columnist who was a strong critic of Crown Prince Mohammed bin Salman, vanished.

They have also searched the consul's residence.

Many samples were taken from the consulate and the residence, the official said, including soil and water. All of the samples will be taken to analyse for traces of Khashoggi's DNA.

Khashoggi went to the consulate seeking documents for his planned marriage and has not been seen since.

US President Donald Trump said on Thursday he presumes Khashoggi is dead and that the US response to Saudi Arabia will likely be "very severe" but that he still wanted to get to the bottom of what exactly happened.