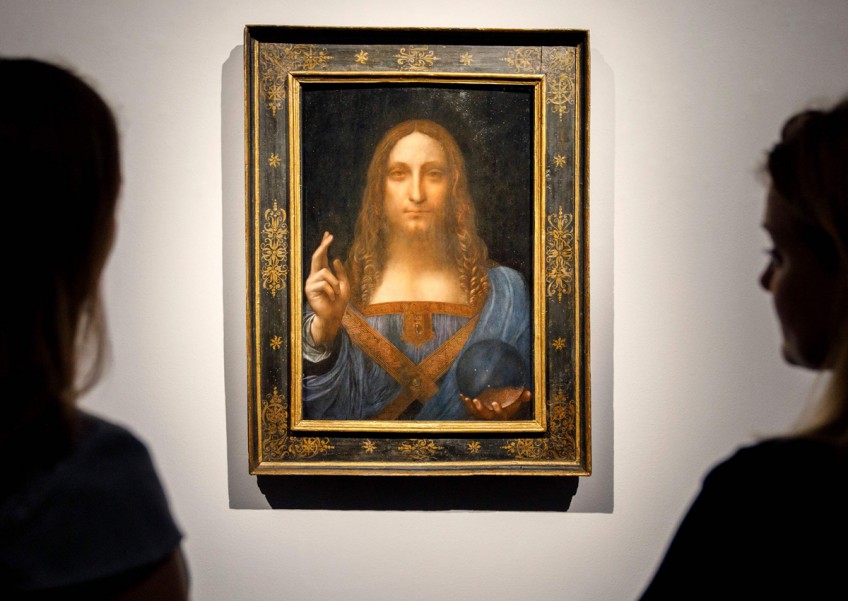 The UAE said Monday it had postponed the unveiling of the Louvre Abu Dhabi's most prized acquisition -- a painting attributed to Leonardo da Vinci, bought for a record $450 million (S$616 million).

The painting, which was bought last year, had been due to be unveiled on September 18.

But Abu Dhabi's culture and tourism department on Monday announced "the postponement of the unveiling of Leonardo da Vinci's Salvator Mundi" in a tweet.

"More details will be announced soon," it said.

The "Salvator Mundi", a portrait of Jesus Christ painted in 1500, was the only one of the fewer than 20 paintings believed to be the work of the famed Renaissance Old Master still in private hands when it went under the hammer, and sold, at Christie's in November.

The painting was declared authentic six years ago, after long being dismissed as a copy by one of Da Vinci's students.

The Louvre Abu Dhabi has kept tight-lipped over the identity of the painting's buyer, saying only that the emirate's Department of Culture and Tourism had "acquired" it.

Prince Badr was appointed to head the kingdom's culture ministry in a government shakeup in June.

Saudi Arabia and the neighbouring United Arab Emirates are very close allies who are both engaged militarily in the war against rebels in Yemen, and diplomatically and economically against Gulf rival Qatar.