NEW YORK - British academic Matthew Hedges said he had "no other option but to confess" during nearly seven months of detention in the United Arab Emirates on espionage charges.

The UAE pardoned Hedges from a life sentence in November after showing a video of him purportedly confessing to being a member of Britain's Secret Intelligence Service (MI6) and researching which military systems the UAE was buying.

In the video, which was sometimes inaudible and shown with subtitles that could not be independently verified, Hedges appeared to say he approached sources as a doctoral student. Britain has denied he was a spy and welcomed his pardon.

"The confession tape, from my understanding, because I haven't seen it, (is) an amalgamation or it's cut and edited from the many months of my detention as well as scenes from court under duress, under threats of torture and psychological pressure," Hedges told Reuters in an interview in New York. 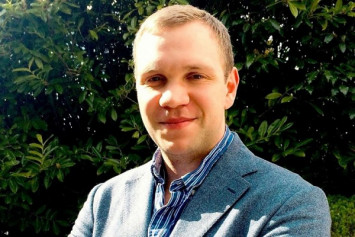 "There was no other option but to confess."

Asked about Hedges's accusations, a UAE official said the academic had not been subjected to any physical or psychological mistreatment during his detention, and denied that the taped confession had been edited.

"The fact remains that he (Hedges) was a part-time academic, part-time businessman and full-time spy," said Jaber Al Lamki, executive director of Strategic and Media Communications at the UAE's National Media Council.

Hedges, 31, a doctoral student at Durham University, was arrested on May 5 at Dubai airport after a two-week research visit. He was kept in solitary confinement for more than five months and the evidence presented against him consisted of notes from his dissertation research. 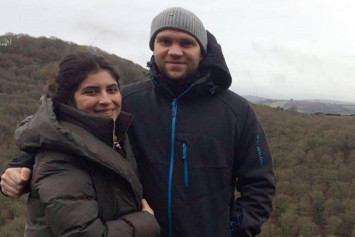 Hedges said the UAE authorities had asked him to "steal documents and information from the UK Foreign Office" and that this shocked him.

Lamki denied that the UAE authorities had done any such thing, describing the allegation as "absolute nonsense".

Hedges's research focused on sensitive topics in the UAE such as security structures, tribalism and the consolidation of political power in Abu Dhabi.

His family have described him as a dedicated researcher who fell foul of the UAE's security and justice system. The UAE said he was a British spy who was given a fair trial for grave espionage offences.

Hedges, who was in New York with his wife Daniela Tejada, who had campaigned hard for his release, said he was now receiving psychiatric help to recover from his ordeal and expected the process to take years.