UK's May survives, weakened and with an exit date

LONDON - By seeing off a revolt by her own MPs, British Prime Minister Theresa May has once again proved her ability to survive a political crisis - but in the process acknowledged her time in office is limited.

Mrs May responded to a no-confidence vote with a passion she reserves for when her back is against the wall, defending her Brexit deal and warning that ousting her could derail the whole process.

She said she had devoted herself "unsparingly" to delivering the 2016 vote to leave the European Union and was "ready to finish the job".

But addressing colleagues ahead of the vote, she also acknowledged the weakness of her position, by telling them she would not fight the next scheduled election in 2022.

It was a rare chink in the armour of a prime minister praised by her supporters as resilient but accused by her critics of ploughing on oblivious to the changing circumstances around her. 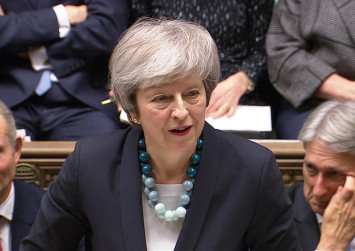 And while she won the vote, the numbers against her - 117 out of a total of 317 MPs - will be deeply uncomfortable.

Meanwhile the biggest test awaits. She delayed a House of Commons vote on her Brexit deal this week after finally acknowledging the depth of the opposition against it.

She has promised to secure assurances from EU leaders and return it to MPs by Jan 21 - but those leaders have repeatedly said they have little more to offer.

Mrs May took over after her predecessor David Cameron quit following the shock vote for Brexit in June 2016, winning by default after her rivals fought among themselves or withdrew.

She had campaigned to stay in the EU, but has repeatedly stressed the importance of implementing the verdict, rejecting calls for a rethink by those who believe it was a terrible mistake.

Yet her moves to minimise the economic damage of the break sparked anger among hardline Brexit supporters, who accuse her of undermining the whole project. 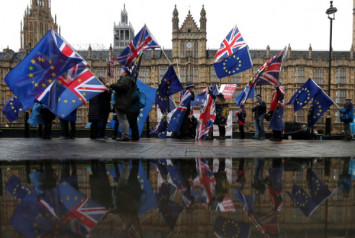 Despite the near constant criticism, including from inside her own government, Mrs May has kept at it and compares herself to her cricketing hero Geoffrey Boycott, who was a byword for doggedness as a batsman.

The vicar's daughter has also gleefully seized on a putdown by a party elder that she was a "bloody difficult woman".

Mrs May eschews gossip and networking, proving herself through hard work, spending six years in the tough job of interior minister before entering Downing Street.

But her reserved nature often makes for stilted relations with world leaders and voters, while her style of repeating phrases and avoiding direct questions earned her the media nickname "Maybot".

Responding to Wednesday's vote, Mrs May once again fell back on trusted phrases, saying she was determined to "get on with the job".

Mrs May, 62, described herself in a 2012 interview as a "goody two shoes" whose Protestant faith defined her upbringing.

She knew she wanted to become a politician when she was just 12, and once said the naughtiest thing she had done was running through a field of wheat.

Mrs May studied geography at the University of Oxford, where she met her husband Philip, a banker, after reportedly being introduced by future Pakistan premier Benazir Bhutto.

The couple never had children and Mrs May devoted herself to a life of public service that saw her become Conservative Party chairwoman in 2002.

She made her first splash by telling Tories at an annual conference to stop being "the nasty party" if they wanted to win.

Read Also
Threshold reached to trigger no confidence vote in PM May: BBC 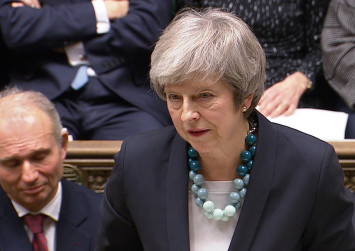 But as interior minister she drew criticism over a clampdown on illegal migration, which caused a major scandal this year over the attempted deportation of Britons from the Caribbean.

The apparent ease with which Mrs May positioned herself to become prime minister after the referendum drew praise for her political skills - but this evaporated the following year.

Faced with an apparently unassailable poll lead, she called a snap election in June 2017 to bolster her position and Brexit plan - only to lose the Conservatives' majority in the Commons.

Since then, Mrs May has struggled to contain the various factions of her party, and her Northern Irish allies, the Democratic Unionist Party (DUP), on who she relies to govern.

The DUP, like the Brexit hardliners, strongly oppose her deal, meaning that any respite afforded by Wednesday's vote will only be temporary.