LONDON - United Nations climate talks in November are a crucial catalyst for urgent action to keep a lid on global warming, a global coalition of 40 energy producers, industrial companies and financial institutions said on Thursday (Sept 30).

An Energy Transitions Commission (ETC) report outlined six actions which need to be agreed at COP26 and implemented this decade to give the world a 50 per cent chance of limiting global warming to 1.5 degree Celsius and a 90 per cent chance of keeping it below two degrees Celcius.

In 2015, governments agreed to limit the average temperature rise to well below two degrees Celcius and pursue efforts to limit it to 1.5 degrees Celcius, the threshold scientists say would head off the worst impacts of global warming on the planet and its inhabitants.

They are due to meet in Glasgow, Scotland, in the first two weeks of November for the next round of UN climate talks, to make more ambitious pledges to keep the 1.5 degrees Celcius limit within reach.

But scientists said last month that without urgent moves to cut emissions, the average global temperature is likely to hit or cross the 1.5 degrees Celcius threshold within 20 years.

ETC said the actions are either close to costless, or entail costs which rich, developed countries could afford domestically, adding that if they need to be implemented by lower income nations, the cost should be covered by support from richer ones. 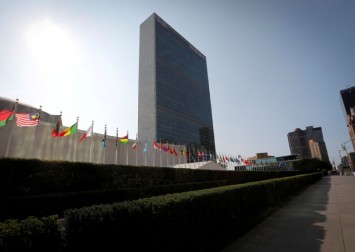 "A 1.5 degrees Celcius pathway is not yet out of reach: but we are running out of time to make it attainable. COP26 can act as a crucial catalyst to deliver the actions required in order to achieve this," the ETC report added.

Scientists say around 40 per cent of global warming so far has been caused by methane, rather than carbon dioxide (CO2) emissions.

"COP26 should be used as an opportunity to launch an initiative to reduce annual (methane) emissions by at least 150 million tonnes by 2030," the ETC report said.

The phase out of coal-fired power generation needs to be speeded up. There needs to be clear international agreement to build no new coal plants, scrapping most of the 300 gigawatts of new coal pipeline capacity in place today.

Agreement to ban all sales of internal combustion engine light duty vehicles by 2035, combined with city-based action to restrict use of these vehicles which exist now beyond certain dates, could lead to 20 per cent of cars on the road being electric and deliver around two gigatonnes of CO2 reductions by 2030.