The CIA sign is seen onstage before the arrival of US President Barack Obama to speak following a meeting with his National Security Council at CIA Headquarters in Langley, Virginia on April 13, 2016.

WASHINGTON - The CIA has removed its Vienna station chief following criticism of his management, including what some considered an inadequate response to reports of "Havana syndrome" incidents at the US Embassy there, the Washington Post reported on Thursday (Sept 23).

The Post, which cited unnamed current and former US officials, reported the action would send a message that leaders must take seriously the Havana syndrome, a mysterious set of ailments that include migraines, nausea, memory lapses and dizziness.

A CIA spokesperson said the agency does not comment on specific incidents or officers.

The Washington Post said dozens of US personnel in the Austrian capital, including diplomats and intelligence officials, as well as some of the children of US employees, have reported symptoms of the syndrome. 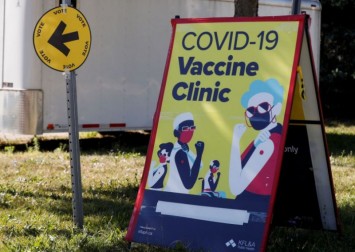 CIA Director William Burns said in July that about 100 CIA officers and family members were among some 200 US officials and kin sickened by Havana syndrome.

The ailments were first reported by officials based in the US Embassy in Cuba in 2016.

Last year, a US National Academy of Sciences panel found that the most plausible theory is that "directed, pulsed radiofrequency energy" causes the syndrome.

Burns has said there is a "very strong possibility" the syndrome is intentionally caused and that Russia could be responsible. Moscow denies involvement.