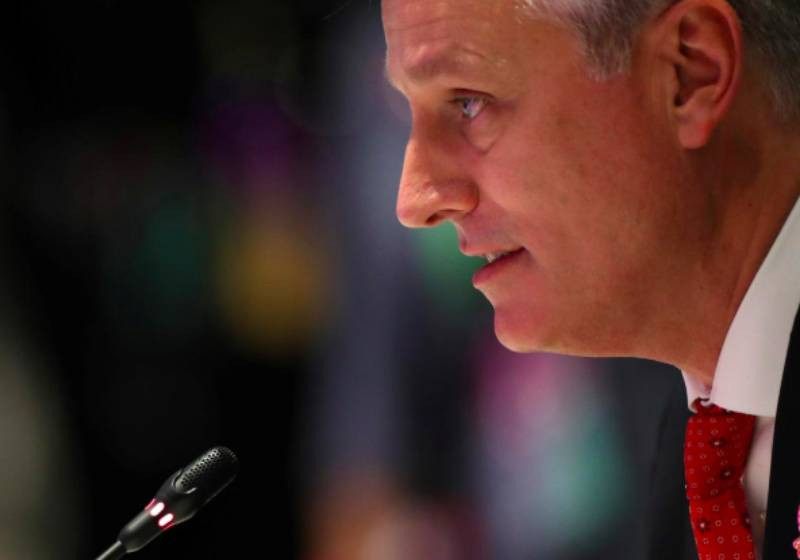 BANGKOK - A US envoy denounced Chinese "intimidation" in the South China Sea at a meeting of South-east Asian leaders yesterday and invited them to a special summit in Washington on behalf of President Donald Trump.

China has made sweeping maritime claims in the resource-rich waters of the South China Sea, and angered neighbours by sending ships into the waterway, where several members of the Association of South-east Asian Nations (Asean) also have claims.

"Beijing has used intimidation to try to stop Asean nations from exploiting the off-shore resources, blocking access to US$ 2.5 trillion (S$3.4 trillion) of oil and gas reserves alone," US envoy Robert O'Brien told the Asean-US summit in a speech.

"The region has no interest in a new imperial era where a big country can rule others on a theory that might makes right," added Mr O'Brien, the White House national security adviser.

China's foreign ministry said yesterday that the US should not "gesticulate" about the South China Sea issue.

Ministry spokesman Geng Shuang made the comments at a daily news briefing in Beijing.

Mr O'Brien also read a message from Mr Trump inviting the Asean leaders to "join me in the United States for a special summit, meeting at a time of mutual convenience in the first quarter of 2020".

Mr Trump has skipped the Asean-US summit for the past two years, sending Vice President Mike Pence in 2018.

At this year's summit, US Commerce Secretary Wilbur Ross was the highest-ranking delegation official.

Top Asean leaders did not attend the meeting with the US, with the majority opting to send their deputies instead.