US Fed bars Goldman executive for role in 1MDB scandal

WASHINGTON - The US Federal Reserve said on Tuesday that it permanently barred a former Goldman Sachs Group Inc executive from the banking industry over his role in Malaysia's multi-billion-dollar 1MDB corruption scandal.

Malaysian and US authorities have charged Low in connection with the theft of billions of dollars from 1MDB, which was originally set up by former Malaysia Prime Minister Najib Razak to fund infrastructure projects.

The Federal Reserve said that Vella did not flag Low's involvement despite knowing that Low was a "person of known concern" to Goldman Sachs.

"Vella was responsible for providing full and accurate information to (Goldman's) committees reviewing the complex financing transactions and appropriately supervising financing personnel working on the transactions," according to a statement released by the Federal Reserve.

Vella could not immediately be reached for comment. According to the statement from the Federal Reserve, Vella consented to the bar without admitting or denying any of the allegations made by the regulator.

A spokeswoman for Goldman Sachs confirmed that Vella had left the firm in recent days after being on leave since October 2018.

The US Justice Department says that $4.5 billion (S$6.2 billion) was misappropriated by high-level 1MDB fund officials and their associates between 2009 and 2014.

Two other former Goldman Sachs bankers, Timothy Leissner and Roger Ng, were indicted by US prosecutors in November 2018 on charges related to their roles in securing Goldman as the underwriter for the three 1MDB bond offerings. 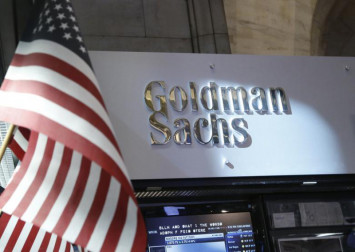 Leissner pleaded guilty to conspiracy to launder money and conspiracy to violate the Foreign Corrupt Practices Act, and agreed to forfeit $43.7 million. Ng pleaded not guilty to charges in May, and his case is currently pending in federal court in Brooklyn.

According to the US Justice Department, Goldman earned $600 million in fees for its work with 1MDB. Leissner, Ng and others received large bonuses in connection with that revenue.

Goldman is in ongoing discussions with US and Malaysian authorities over their investigations into what the bank knew about the transactions at the time.