Mr Edwin Hardeman, with his attorneys, speaks to the media, after Bayer was found liable for his non-Hodgkin's lymphoma arising from the use of the company's weed killer Roundup, at the Federal court in San Francisco, on March 27, 2019.

SAN FRANCISCO/NEW YORK - A United States jury on Wednesday (March 27) awarded US$80 million (S$108 million) to a man who claimed his use of Bayer AG's glyphosate-based weed killer Roundup caused his cancer, in the latest legal setback for the company facing thousands of similar lawsuits.

It awarded US$5 million in compensatory damages and US$75 million in punitive damages to Mr Hardeman after finding that Roundup was defectively designed, that Monsanto failed to warn of the herbicide's cancer risk and that the company acted negligently.

The company said in a statement on Wednesday that it was disappointed with the jury's decision and would appeal against the verdict.

"This verdict does not change the weight of over four decades of extensive science and the conclusions of regulators worldwide that support the safety of our glyphosate-based herbicides and that they are not carcinogenic," Bayer said.

The company added that the verdict in Mr Hardeman's case had no impact on future cases and trials, "as each one has its own factual and legal circumstances". 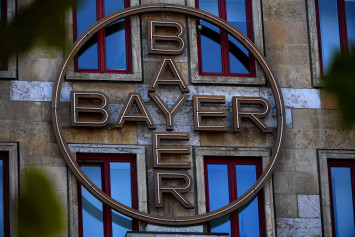 The trial is only the second of more than 11,200 Roundup lawsuits set to go to trial in the United States. Previous litigation setbacks and a prior jury verdict against the company have sent Bayer shares plunging.

The verdict comes after the same jury on March 19 found Roundup to have been a "substantial factor" in causing Mr Hardeman's cancer, allowing the trial to proceed to a second phase to determine liability and damages. Bayer shares fell more than 12 per cent after last week's jury finding.

Lawyers for Mr Hardeman were seen by a Reuters reporter cheering in the elevator outside the courtroom after the verdict was announced.

"As demonstrated throughout trial, since Roundup's inception over 40 years ago, Monsanto refuses to act responsibly," the lawyers said in a statement, adding that the company instead focused on "manipulating public opinion and undermining anyone who raises genuine and legitimate concerns about Roundup".

After the verdict, Mr Hardeman told reporters he was "overwhelmed". "It hasn't sunk in yet," he said.

His case was considered a bellwether trial to help determine the range of damages and define settlement options for the more than 760 other federal cases pending in the same court before US District Judge Vince Chhabria.

In the first trial phase of Mr Hardeman's case, the jury deliberated for more than four days before finding Roundup responsible for the man's cancer. Bayer on Wednesday said that was an indication that jurors were "very likely divided over the scientific evidence". The company said its appeal would focus on legal rulings by Mr Chhabria, who allowed some of Mr Hardeman's scientific experts to testify despite calling plaintiffs' expert opinions "shaky" in a 2018 ruling.

But legal experts have noted that the 9th US Circuit Court of Appeals, which oversees the San Francisco federal court, has generally been permissive in allowing expert testimony.

Monsanto's Roundup was the first to contain glyphosate, the world's most widely used weed killer. But it is no longer patent-protected and many other versions are available. Bayer does not provide sales figures for the product.

In the first US Roundup trial, another California man was awarded US$289 million in August after a state court jury found Roundup caused his cancer. That award was later reduced to US$78 million and is on appeal.

Mr Hardeman's case featured a significant difference from that trial after Judge Chhabria decided to split cases before him into two phases: one to decide causation on purely scientific grounds, and the other to determine Bayer's potential liability and damages only if the jury first ruled that the weed killer was a substantial factor in causing cancer.

That decision had been seen as beneficial to Bayer. Legal experts said the jury's verdict in the first phase of the Hardeman case was a significant setback, narrowing the company's legal options going forward.

Mr Chhabria has scheduled another bellwether trial for May, and a third trial is likely to also take place this year. All three will be split into causation and liability phases.

Bayer is also scheduled to face another Roundup trial in California state court beginning on Thursday and at least two trials in Missouri state court in the autumn.