US lawmaker says Facebook cannot be trusted to regulate itself

WASHINGTON - Democratic US Representative David Cicilline, expected to become the next chairman of House Judiciary Committee's antitrust panel, said on Wednesday (Nov 14) that Facebook Inc cannot be trusted to regulate itself and Congress should take action.

Cicilline, citing a report in the New York Times on Facebook's efforts to deal with a series of crises, said on Twitter: "This staggering report makes clear that @Facebook executives will always put their massive profits ahead of the interests of their customers." "It is long past time for us to take action," he said.

Facebook Chief Executive Mark Zuckerberg said a year ago that the company would put its "community" before profit, and it has doubled its staff focused on safety and security issues since then. Spending also has increased on developing automated tools to catch propaganda and material that violates the company's posting policies.

Other initiatives have brought increased transparency about the administrators of pages and purchasers of ads on Facebook. Some critics, including lawmakers and users, still contend that Facebook's bolstered systems and processes are prone to errors and that only laws will result in better performance.

Read Also
Facebook back up after Americas service interruption 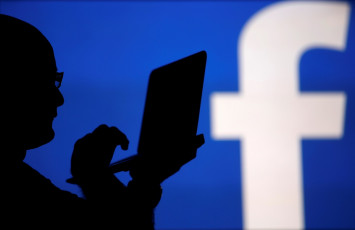 The New York Times said Zuckerberg and the company's chief operating officer, Sheryl Sandberg, ignored warning signs that the social media company could be "exploited to disrupt elections, broadcast viral propaganda and inspire deadly campaigns of hate around the globe." And when the warning signs became evident, they "sought to conceal them from public view." (https://nyti.ms/2OJWpnc)

"We've known for some time that @Facebook chose to turn a blind eye to the spread of hate speech and Russian propaganda on its platform," said Cicilline, who will likely take the reins of the subcommittee on regulatory reform, commercial and antitrust law when the new, Democratic-controlled Congress is seated in January.

"Now we know that once they knew the truth, top @Facebook executives did everything they could to hide it from the public by using a playbook of suppressing opposition and propagating conspiracy theories," he said.

"Next January, Congress should get to work enacting new laws to hold concentrated economic power to account, address the corrupting influence of corporate money in our democracy, and restore the rights of Americans," Cicilline said.