The man suspected of gunning down 11 people at a synagogue in the US city of Pittsburgh pleaded not guilty on Thursday to federal charges that could see him sentenced to death, a spokesman for the US attorney's office said.

Robert Bowers, who appeared in court in handcuffs, did not speak except to say that he understood the charges against him. His attorney entered a not guilty plea for him and requested a jury trial, US media reported.

Authorities say Bowers, 46, burst into the Tree of Life synagogue on Saturday with an AR-15 assault rifle and three handguns, killing 11 worshippers at Sabbath services and wounding six other people, including four police officers.

He is now facing 44 charges including federal hate crimes in connection with the shooting.

The charges allege that he carried out the killings while violating the victims' constitutional right to the free exercise of religious beliefs -- which is considered a hate crime under US law. 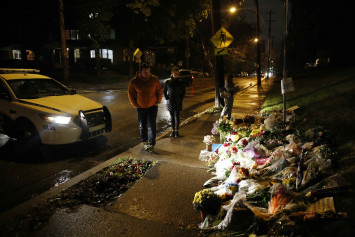 Under the expanded charges, he could face the death penalty, or life in prison without parole followed by a consecutive sentence of 535 years' imprisonment, the Justice Department said.

Bowers was taken into custody after being wounded in a shootout with police and transferred to a local hospital.