"It's very possible that this shutdown will go beyond the 28th and into the new Congress," Mulvaney told Fox News Sunday of the impasse over funding for President Donald Trump's wall on the US-Mexico border.

It is the third partial government shutdown of the year, even though Trump's own Republican Party still controls both the House of Representatives and the Senate. Democrats will take control of the House on Jan 3.

A budget deal to end the shutdown - which forced several key US agencies to cease operations at 12.01 am (1.01pm Singapore time) Saturday - appears a distant prospect as Congress adjourned for the weekend ahead of Christmas. 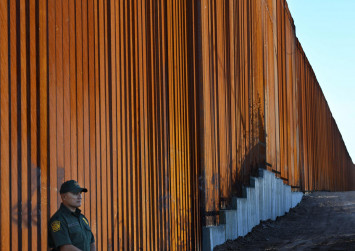 Trump, who cancelled his holiday vacation to Florida due to the budget wrangling, has dug in on his demand for US$5 billion (S$6.9 billion) to build the border wall, a signature campaign promise and part of his effort to reduce illegal immigration.

Democrats are staunchly opposed, and in the absence of a deal, federal funds for dozens of agencies lapsed.

"This is what Washington looks like when you have a president who refuses to go along to get along," Mulvaney told Fox.