COPENHAGEN - Afghan-born Sakandar Khan, 30, was among the first nine new Danish citizens who shook hands with Denmark's immigration minister under a new law that makes a handshake the final step in the naturalization process.

"This is a huge thing for me. I am thrilled," the former practicing Muslim dressed in shirt and tie said with a smile.

For Khan, who fled Afghanistan with his family in 2001, shaking the hand of the minister, who happens to be female, was not a problem. But the law has been criticised for breaching freedom of religion, as some observant Muslims and Jews avoid touching unrelated members of the opposite sex.

The government says the handshake is an important part of Danish culture and values, and no one who refuses can be Danish.

"If you don't shake hands, you don't understand what it means to be Danish, because in Denmark we have equality and that is something generations before us fought to achieve," said Immigration Minister Inger Stojberg, who led the first ceremony.

The handshake ceremony will be performed by mayors and deputy mayors of the municipalities where immigrants live. Not all of them are pleased. 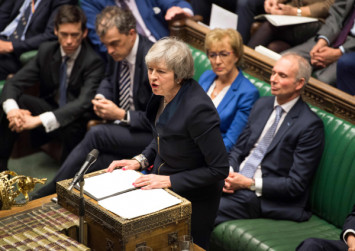 "When you can be rejected because of a handshake we may have gone too far," Thomas Andresen, mayor of the town of Aabenraa, told Danish broadcaster DR.

Danes pride themselves on their 'hygge' - a word roughly meaning "to be cosy" - on being among the happiest people in the world and on their progressive laws, such as the legalization of pornography in 1969, long before most of Europe.

But increasingly they are also becoming known for taking an ever harder line against immigration in the historically tolerant Nordic region.

Stojberg's Liberal Party is part of a three-party minority government that depends on the anti-immigration Danish People's Party to pass laws. Since the crisis that brought more than 1 million asylum seekers to Europe in 2015, Denmark accepted fewer migrants than its neighbours and moved faster to change its laws in ways designed to limit the welcome to foreigners.

Denmark's parliament last year banned wearing the Islamic burqa and niqab in public and approved a plan to hold foreign criminals on a tiny island, despite criticism from the United Nations and Human rights group Amnesty International.

In 2016, Denmark came under international criticism when it passed a "jewelery bill", allowing police to confiscate refugees' valuables to help pay their costs. 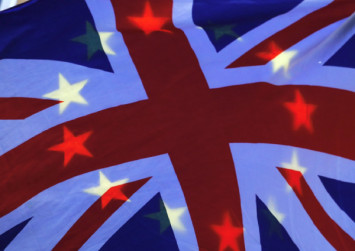 Immigration is expected to be high on the agenda when Denmark hold general election in the first half of the year.

With the rise of the Danish People's Party, which became the second biggest in parliament in an election held at the height of the refugee crisis in 2015, being tough on immigration has become mainstream in Danish society and politics.

"People don't want to end up like Sweden or Germany. You don't have a chance of becoming prime minister if you don't stand on a platform that is fewer refugees," said political commentator Jarl Cordua.

Denmark, with a population of 5.7 million, accepted just 45,000 asylum seekers between 2014 and 2017. Its southern neighbour Germany accepted more than 1.6 million, while Sweden, with about twice Denmark's population, took in nearly 300,000.

After the ceremony, Khan and the other eight new Danish citizens joined immigration minister Stojberg in a separate room for drinks and snacks.