Yet another angry parent has taken school matters into her own hands.

A 50-year-old woman in New Zealand was filmed on May 14 assaulting a teen who bullied her daughter.

In the video clip, Nicola-Jane Jenks could be seen grabbing the 17-year-old girl's hair, smacking her face and hurling obscenities at her.

"You come near my daughter or me, I will bash you so hard into the middle of next week," the woman threatened.

According to the Daily Mail, an enraged Jenks had rushed to Mount Albert Grammar School and attacked the school bully after receiving a phone call from her terrified daughter.

Despite the violent assault, Jenks was not convicted of her crime.

In court, the woman said she attacked the girl because she had been bullying her daughter over the past two years and made her suffer mentally and physically.

During the hearing, Jenks provided evidence of the bullying - her daughter was bruised after the teen threw a bottle at her, and the accumulated stress led to thinning hair, panic attacks, as well as a fear of going to school.

The woman pleaded guilty to one count of common assault but was granted a discharge without conviction as she had made a "bad decision" which should not impact on the rest of her life, the judge said.

The judge added: "You should rightly feel ashamed for the way you acted." 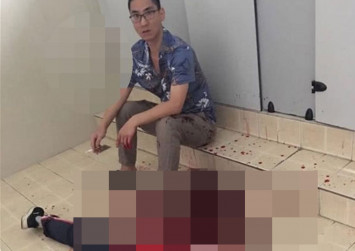 She told the New Zealand Herald: "I regret my actions but my daughter was bullied for two years and this is the result of it."

"It's about bullying in school and it just has to stop."

The victim's mother, however, was disheartened by the verdict.

She said: "It's not okay for a 50-year-old woman to hit a child, especially around the head."