A logo is pictured outside a building of the World Health Organisation (WHO) during an executive board meeting on update on the coronavirus disease (Covid-19) outbreak, in Geneva, Switzerland, on April 6, 2021.

A World Health Organisation (WHO) panel on Friday recommended the use of Regeneron and Roche's Covid-19 antibody cocktail for patients at high risk of hospitalisations and those severely ill with no natural antibodies.

The treatment has been granted US emergency use authorisation, having gained attention when used to treat former President Donald Trump's Covid-19 illness last year. Europe is reviewing the therapy, while Britain approved it last month.

While acknowledging costs associated with the treatment, the WHO panel said that given the recorded benefits of the therapy, "the recommendations should provide a stimulus to engage all possible mechanisms to improve global access to the intervention and associated testing."

In a separate statement, the WHO called on Regeneron to lower prices and distribute the treatment equitably worldwide, especially in low- and middle-income countries. The agency also urged the firms to transfer tech to help make biosimilars.

The treatment, called Ronapreve, or REGEN-COV in the United States, has been a big earner for Regeneron, logging in US sales of $2.59 billion (S$3.5 billion) in the second quarter.

Regeneron is going to supply 1.4 million additional doses of REGEN-COV to the US government by Jan. 31 at a cost of $2,100 per dose. 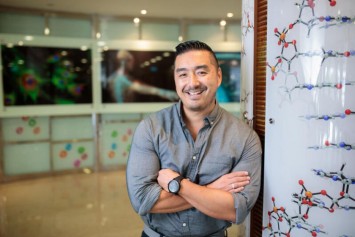 The WHO guidelines, published in the British Medical Journal (BMJ), were based on data from a large British study and three other trials that have not yet been peer reviewed.

In June, Britain's RECOVERY trial found the therapy reduced deaths in hospitalised patients whose own immune systems had failed to produce a response.

The treatment, a combination of casirivimab and imdevimab, is based on a class of drugs called monoclonal antibodies which mimic natural antibodies produced by the human body to fight off infections.