WHO concerned about coronavirus cases with no clear epidemiological link

"Our biggest concern continues to be the potential for Covid-19 to spread in countries with weaker health systems," said WHO chief Tedros Adhanom Ghebreyesus.

VIENNA (REUTERS) -  The World Health Organization (WHO) is concerned about the number of coronavirus cases with no clear epidemiological link, although the total number of cases outside China remains relatively small, its director general said on Saturday (Feb 22).

Cases with no clear link include those with no travel history to China or contact with a confirmed case, Mr Tedros Adhanom Ghebreyesus said in a briefing.

According to available data, the disease remains mild in 80 per cent of coronavirus patients, and is severe or critical in 20 per cent of patients, he said.

The virus has been fatal in 2 per cent of reported cases.

The risk of death increases for older patients, Tedros said, adding there were relatively few cases among children.

Outside China, there have been 1,200 cases in 26 countries, with eight deaths, Tedros said. That includes one confirmed case on the African continent, in Egypt, he said. However, since his press conference, Italy and Iran  have reported further deaths.

He called the reported decline in new cases in China welcome news but said it had to be interpreted very cautiously, adding: “It is far too early to make predictions about this outbreak”.

A WHO-led international team of experts, which has been on the ground in China for the past week, will travel to Wuhan, the epicentre of the virus outbreak, on Saturday.

Read Also
Is Wuhan Institute of Virology responsible for the novel coronavirus outbreak? 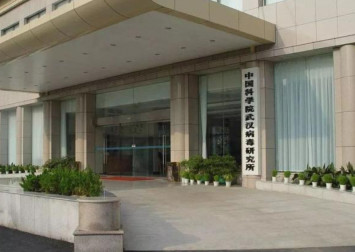 “Our biggest concern continues to be the potential for COVID-19 to spread in countries with weaker health systems,” Tedros said.

The WHO is calling for US$675 million (S$940 million) to support countries, especially those which are most vulnerable, he said, adding it has identified 13 countries in Africa that are seen as a priority because of their links to China.

It has shipped more than 30,000 sets of personal protective equipment to several African countries, and is ready to ship almost 60,000 more sets to 19 countries in coming weeks, Tedros said.

The WHO has also appointed two specialists as special envoys to help African countries prepare for the potential arrival of the virus: the director of the Africa Centres for Disease Control and Prevention, John Nkengasong, and the director general of the Center for Vaccine Development in Mali, Samba Sow.