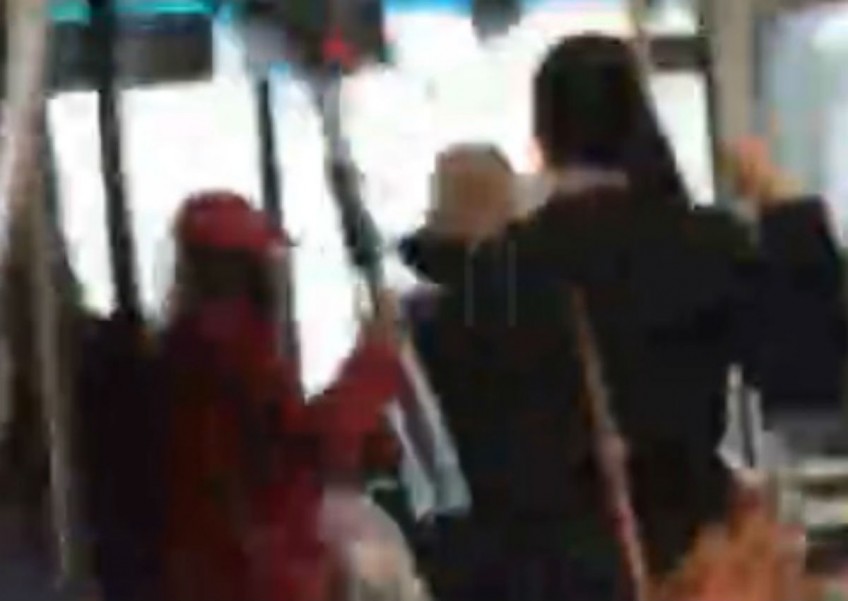 An elderly Chinese immigrant in New York who has been in the city for 31 years now fears for his safety, after being hit in the head by a stranger in a public bus.

New York Daily News reported that Zenxin Wang, 68, was talking to a Chinese woman in a bus on Mar 7 when a middle-aged Hispanic woman shoved them.

When asked why, the aggressive woman replied: "Because I hate Chinese people."

In response, Wang told her: "This is discrimination." But instead of backing down, the woman hit him on the head with her umbrella, the news website reported.

Pointing out that she had an accent and seemed to also be an immigrant, Wang said he was saddened by this experience.

"I think New York is a nice city, many kinds of races of people, all of them together, very nice, very peacefully. Now I know that some people hate Chinese and I have to be careful," the Daily News quoted him as saying.

As other passengers were in a rush, the limo driver decided to let the bus continue on its way without calling the police.

And although his head was hurting for the next few days, he did not seek medical attention. Wang made a police report that weekend.

This incident comes around the same time that video footage showing a Puerto Rican woman verbally harassing a couple was uploaded on YouTube.

In the video, another woman who identified herself as a Chinese-Peruvian American berated her for being "rude".

"I'm not telling you to be quiet, I'm asking you to please respect her in Spanish, in English, in Chinese, in French ― whatever language you want me to tell you in. I will say it to you." she can be heard saying.

The Puerto Rican woman who says she is "from here" admitted that she was upset because the man fit the description of an Indian Muslim person.