Young at heart: The Spanish town where the old stay fit with Pokemon Go

At first, when she retired from a lifelong career in nursing in her native Spain, Joanna Perez Osuna struggled with a lack of purpose.

Then she found solace in a virtual world populated by "Pikachus", "Weedles" and "Smeargles".

Perez started playing Pokemon Go, the augmented-reality game that encourages players to travel around looking through their mobile phone cameras so they can collect animated creatures that "appear" in front of them.

Now the 75-year-old spends up to six hours a day walking the streets of of Badalona, a quiet Spanish town to the north of Barcelona, chasing after digital ghosts, dragons and monsters.

"I don't want to be stuck at home all afternoon watching television. I also don't want to sit around all day reflecting with people my age - I want to do something in the fresh air," Perez told the Thomson Reuters Foundation, chuckling.

As people live longer, the World Health Organisation predicts that one in five - 2 billion people - will be aged 60 or older by 2050, double that of 2015.

And aging populations all over the world are already putting pressure on healthcare, infrastructure, housing and other social services.

Finding surprising ways to keep older people mentally and physically healthy is a point of pride for Badalona, one of nearly 80 cities, towns and regions taking part in this year's European Innovation Partnership on Active and Healthy Ageing.

Launched by the European Commission in 2012, the partnership aims to improve the health and quality of life of older citizens, such as those suffering from dementia and Alzheimer's disease.

The initiative wants to add two years to the average healthy lifespan of European Union citizens by 2020 - which currently stands at about 64 years. 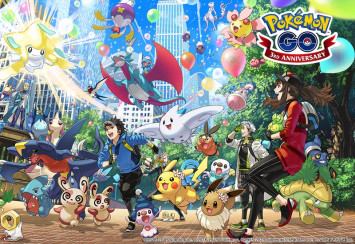 Perez, who was introduced to Pokemon Go by her daughter after it first launched three years ago, said she walks between 12 and 15 km (7-9 miles) every day playing the game.

Catching Pokemon is a good way of meeting people and getting to know Badalona better, she explained, because it takes her to neighborhoods she would not normally visit.

And she is motivated by the health benefits of playing the game, which have helped her recover after she suffered a bout of skin cancer.

"One of the main reasons I play is to not put on too much weight - that's important," she said.

Pokemon Go can be "a good way of connecting people with others so they are less isolated," said Carlos Sanchez, a social worker who works with people suffering from loneliness and other living difficulties in Badalona.

"It's most useful for people that don't have anything to fill their time, like if they don't have grandchildren to pick up from school," he stressed, adding that he recommends the game to some of his clients.

Almost 70 per cent of the world's population is expected to be living in urban areas by 2050, according to the United Nations.

"Isolation and a feeling of loneliness are problems that in rural areas are less common, because people are more resilient and used to taking care of each other ... Cities tend to be more impersonal," Piera lamented. 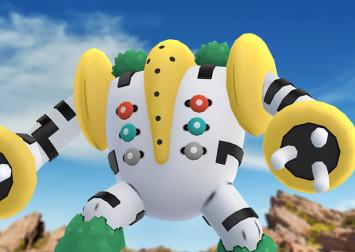 Spotting unmet demand, technology and toy companies are marketing devices such as robotic pets, like the therapeutic seal from Japanese company Paro which remembers how it has been stroked and responds to certain words.

There are also glasses from French firm Abeye that can call for help when they detect the wearer has taken a fall and artificial intelligence products like ElliQ, which initiates conversation to keep older people company.

In Badalona, at least 300 residents aged 65 and over are using or have used Pokemon Go, Piera said.

Badalona - which, unlike most cities, owns its public healthcare system - is promoting and testing the use of digital healthcare solutions but is held back by funding issues, said Piera.

"We have tested a lot of things and we know that they work but making them real is very hard ... the government is not moving very fast."

Those solutions have so far included MasterMind, a computerised cognitive behavioural therapy that helps deal with depression, and the Do Change initiative, which monitors lifestyle changes to help users avoid cardiac problems, said Piera.

A spokesman for the Ministry of Health, Social Services and Equality did not respond to a request for comment.

Piera predicts the use of digital technology to help ageing populations will be more common once the cost of new technology comes down. 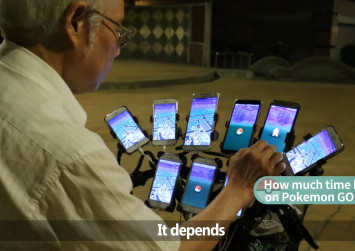 But he stressed there is also the need for a change of mentality among the general public, who can be suspicious of new healthcare technology - especially if it gives patients more responsibility for their own treatment and care.

"We are not used to taking care of ourselves," he said. "We like doctors and nurses to come and take care of us."

Perez, the retired nurse, understands that playing Pokemon Go every day helps her keep her mind active, as well as to stay fit.

"Mentally it's also good. As I don't go to work anymore, I like to keep my mind working with an activity. It's both physical and mental," she said.

In the not-too-distant future, Perez and her friends could be walking robotic dogs around Badalona or attending a virtual therapy session on their mobile headsets before bed - but for now, hunting down a Pikachu will have to do.