A dispatch rider checks her mobile phone as she chooses a delivery job in Seongnam, South Korea.

SEOUL - 14 delivery workers in South Korea have died of overwork this year because they had to handle a sharply higher volume of packages due to the coronavirus pandemic, with the latest fatality this week, a union official said.

A worker for CJ Logistics Corp collapsed while taking a short break late on Tuesday night (Oct 20) and later died in hospital, according to an official at the union representing delivery workers.

The dead also included one worker who committed suicide after leaving a note about the harsh conditions he had toiled in, the official said.

One of the deaths was attributed to heart failure, while the causes of death for the rest were only described as "kwarosa" by the families, a Korean term used for sudden death due to heart failure or a stroke as a result of extreme hard work.

CJ on Thursday issued a public apology over the deaths of five of its workers, vowing to improve conditions for its couriers.

The country's top logistics firm with 20,000 delivery workers said it was discussing compensation with the families.

"As the company's chief executive, I feel responsible for a series of deaths of couriers and deeply apologise for causing concerns to the people," CJ Logistics chief executive Park Keun-hee told a news conference.

The deaths triggered new public scrutiny on the complicated employment structure and whether the companies failed to ensure reasonable working conditions for the workers.

Earlier this week, President Moon Jae-in called for an overhaul of working conditions for delivery employees, saying they have suffered some of the worst hardships under the pandemic. 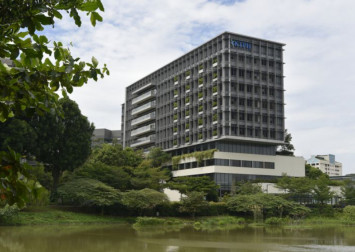 Smaller delivery company Hanjin Transportation also made a public apology this week over the death of a courier and pledged to reduce the workload for its workers.

CJ said it would add more workers and ensure all couriers are signed up for industrial accident insurance.

But most contracts signed by the workers are with independent agents who act as middlemen, rather than with the company itself, leaving them outside the protection of labour law.

Mr Yoon Sung-goo, an agent for CJ, told Reuters he had agreed to CJ's proposals to reduce the workload of delivery workers and would discuss details.

CJ Logistics is an affiliate of the country's food-to-retail conglomerate CJ Group.