Baby wrongly aborted in Seoul after doctor mixes up patients

She walked into a clinic for a nutritional shot and lost her baby a day later.

A gynaecologist in Seoul, South Korea, has mistakenly performed an abortion on a woman after mixing up patients' medical charts.

The victim, a Vietnamese national, was six weeks into her pregnancy when she was injected with anaesthesia and underwent the procedure on Aug 7 without her knowledge.

When the woman returned to the clinic the next day for help over bloody discharge, she was told that the embryo had been aborted.

Both nurse and doctor involved did not check her identity before carrying out the operation, Yonhap reported.

The police detained the pair on Monday (Sept 23) to assist with investigations into a case of medical negligence.

"The doctor and nurse have acknowledged their fault," an official said.

According to The Korea Herald, the surgery room doubled up as a treatment room, which might have contributed to the confusion.

Remarkably, since the woman could not give consent to a procedure she was oblivious to, the duo cannot be charged with the offence of abortion without consent. 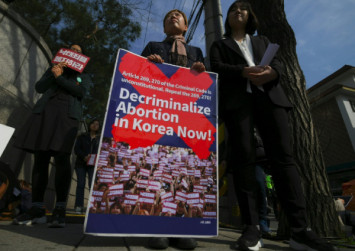 Abortion is currently illegal in South Korea unless the pregnancy is the result of rape or incest, or the foetus is endangering the woman's life.

Under the ban, a woman found guilty of getting an abortion may be jailed for a year and fined.

In April, the country's constitutional court ordered for the ban to be lifted.

It was a move welcomed by many women, as well as the Korean Association of Obstetricians and Gynaecologists, which said: "This ruling will ensure women's rights to health."

#abortion #Pregnancies #Medical negligence #In Case You Missed It