TOKYO - The Catholic Church in Japan said on Tuesday (April 9) it will launch an internal probe into claims of sexual abuse against children by its clergy, after a wave of paedophilia revelations worldwide.

The standing committee of the bishops' conference last week decided to investigate all 16 dioceses in Japan, a spokesman for the Catholic Bishops' Conference of Japan told AFP.

Japan is home to a small community of Roman Catholics, believed to number around 450,000.

The decision comes a month after a landmark summit at the Vatican on the protection of minors, where Pope Francis vowed to tackle sexual abuse by priests. 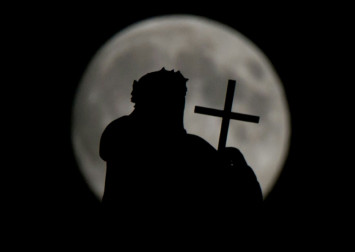 It also comes ahead of Pope Francis's planned visit to Japan in November, the first visit by a pontiff since John Paul II, nearly 40 years ago.

At least five reports of sexual abuse were made when the Japanese Catholic authorities conducted surveys in 2002 and 2012 throughout its dioceses.

The fresh probe will first review how bishops dealt with those cases, including "punishment of those who were involved, and response to victims," the spokesman said.

Details of the investigation "including the specific process and to what extent the result will be made public" will be decided later, he said.

A second stage of the probe is planned to investigate additional abuse allegations.

The probe was announced as a group of people who claim abuse at the hands of Catholic clergy met in Tokyo on Sunday, among them a 62-year-old man who reported being sexually abused as a child at a Catholic boys' school in western Tokyo.

The Mainichi Shimbun daily said Archbishop Joseph Mitsuaki Takami of Nagasaki attended the Sunday gathering and told the man he felt "sorry for having been unable to do enough" to uncover and resolve abuse.

Local media has previously reported allegations of abuse at a different Catholic school in Tokyo, and the scale of the problem nationwide remains unclear.

A slew of abuse scandals involving the church has spanned the globe, from Australia to Chile and the United States.

In February, Pope Francis addressed top bishops and described sexual abuse of minors as "a widespread phenomenon in all cultures and societies", while denouncing priests who prey on children as "tools of Satan."