Plaintiffs hold placards outside the court after hearing the ruling on same-sex marriage, in Tokyo, Japan, on Nov 30, 2022.

TOKYO - A Tokyo court ruled on Wednesday that a ban on same-sex marriage was constitutional but said the lack of legal protection for same-sex families violated their human rights, which plaintiffs welcomed as a step toward aligning Japan with other G7 nations.

Japan is the only G7 nation that does not allow same-sex marriage, and its constitution defines marriage as based on "the mutual consent of both sexes. The ruling party of Prime Minister Fumio Kishida has disclosed no plans yet to review the matter or propose legislation, though several senior members support same-sex marriage.

Wednesday's ruling by the Tokyo district court said that while the ban was constitutional, the absence of a legal system to protect same-sex families is an infringement of their human rights.

"This is actually a fairly positive ruling," said Nobuhito Sawasaki, one of the lawyers involved in the case.

"While marriage remains between a man and a woman, and the ruling supported that, it also said that the current situation with no legal protections for same-sex families is not good, and suggested something must be done about it," he told Reuters.

The Tokyo ruling, already influential because of the capital's outsized influence on the rest of Japan, had been keenly awaited because a 2021 ruling in the city of Sapporo had raised hopes when it found the ban on same-sex marriage unconstitutional, while one in Osaka in June found the opposite.

Japan currently does not permit same-sex couples to marry or inherit each other's assets, such as a house they may have shared, and gives them no parental rights to each other's children.

Though partnership certificates from municipalities now cover about 60per cent of the population in Japan, including Tokyo, they do not give same-sex couples the same rights enjoyed by heterosexual couples.

The eight plaintiffs involved in the case said the ban contravened their human rights and had demanded 1 million yen in damages, a demand the court rejected.

But the group, which unfurled a banner outside the courthouse saying "A step forward for Marriage Equality" after the ruling was read, said they were encouraged.

"There were parts of this that were disappointing, but parts of it gave me hope," said Katsu, a male plaintiff who gave only his first name. 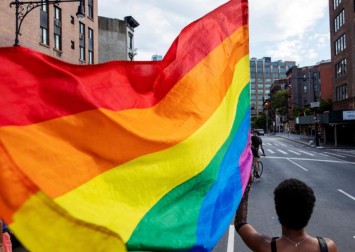 Two more cases are pending at courts in central and western Japan, and activists and lawyers hope that an accumulation of judicial decisions in support of same-sex marriage will eventually pressure lawmakers to change the Japanese system, although that is unlikely to happen soon.

The situation has limited the talent pool for international companies - a situation that groups including the American Chamber of Commerce in Japan have pointed out, calling for change.

"Thinking about the future of their lives, they don't see anything in Japan. So they move to more friendly jurisdictions, like the United States," said Masa Yanagisawa, head of prime services at Goldman Sachs and a member of the activist group Marriage for all Japan.

"We've been investing into the person to have a senior role, but then they move... All that talent ends up leaving the country because of the social system."