TOKYO - A Japanese government probe has uncovered more cases of universities discriminating against female applicants in an investigation prompted by a scandal at a Tokyo medical school.

The education ministry launched the investigation into 81 public and private medical schools after the Tokyo Medical University in August admitted it had systematically altered the test scores of women to keep out female students.

After initial investigations, the ministry carried out field visits to 30 institutions to learn more about how they conducted entry exams.

"Inappropriate practices were discovered at several universities," the ministry said in the interim report, without specifying a number or naming the schools.

The report found evidence of schools using various methods to keep out female applicants and candidates taking the entrance test for the second or third time. 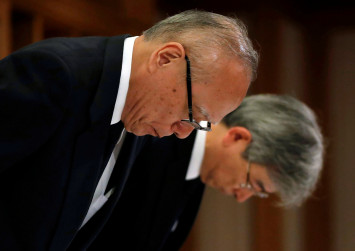 Some female applicants were rejected despite achieving scores that should have been sufficient for admission. In other cases, preference was given to children of alumni over those with higher test scores.

The ministry said there were no plans at present to punish universities involved, or even to make public those involved.

"We have chosen not to name the establishments, but we are asking them to provide explanations for their practices," Education Minister Masahiko Shibayama said at a press conference.

The report urged universities to end discrimination "so candidates can take their exams without worry".

The final results of the investigation are to be published in December, with the ministry planning additional field visits.

A ministry official said the current probe covers only medical schools, but "the investigation would be expanded if inappropriate practices were uncovered at other establishments".