A photo taken on Jan 2, 2020 shows Japan's Emperor Naruhito waving to well-wishers during a New Year's greeting ceremony at the Imperial Palace in Tokyo. The emperor turns 60 on Feb 23, 2020.

TOKYO (REUTERS) - Japanese Emperor Naruhito said on Sunday (Feb 23) that he was looking forward to the Tokyo Olympics in summer but that he was concerned about the spread of the new coronavirus, which has killed three in Japan and is slowly spreading across the country.

Naruhito, who turned 60 on Sunday, ascended the throne last May after his father Akihito became the first Japanese emperor in two centuries to abdicate.

The new emperor and his wife Empress Masako, 56, a former diplomat, have put a more relaxed face on one of the world's oldest monarchies.

Speaking at his first news conference since becoming emperor - and on his first birthday since then as well - Naruhito said the roughly 10 months since have been tumultuous for Japan, including several deadly typhoons last year and now the coronavirus.

More than 80 people around Japan have tested positive for the virus and events have been cancelled around the nation in an effort to halt the contagion.

"This new coronavirus is a concern. I would like to send my sympathies to those who are infected and their families," he said.

"At the same time, my thoughts are with the efforts of those who are treating them and working hard to prevent the spread of the infection. I hope their efforts will bear fruit soon."

Tokyo will host the Summer Olympics from July 24 for the second time, and Naruhito said the first Tokyo games, held in October 1964 when he was four years old, were one of the highlights of his childhood. 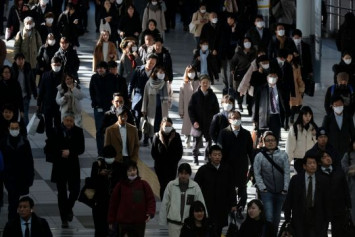 Those games, held less than 20 years after a crushing defeat in World War II left Tokyo in ruins, are seen in Japan as marking its return to the international community. Naruhito watched the marathon, equestrian events, and the closing ceremony with his parents, then Crown Prince and Princess.

"At the closing ceremony, the athletes didn't march in all their separate countries' teams but all together, and in such good humour," he said. "That could be the basis of my unchanging and long-held, earnest hope for world peace."

Naruhito said he was looking forward to this Summer's games, which he hoped would become an equally vivid memory for all the athletes taking part.

"And I hope this Olympics and Paralympics will deepen understanding of other people in the world and the preciousness of peace - especially among young people."