Jobs for the boys under fire in South Korea

Women often struggle to find a foothold in South Korea's male-dominated corporate culture and a series of firms have now been caught allegedly using sexist recruitment targets to keep it that way.

SEOUL - In her year-long quest for a job, South Korean college graduate Casey Lee has faced a barrage of personal and contradictory questions.

Women often struggle to find a foothold in South Korea's male-dominated corporate culture and a series of firms have now been caught allegedly using sexist recruitment targets to keep it that way.

Ms Lee's first interviewer complained that women tended to quit their positions once they had a child, while the other launched a tirade against "irresponsible young women" like her - she is 25 and single - for abandoning their responsibility to have children "for the country's future".

"I wanted to scream out loud, 'I'm only here to get a job!'" she told AFP, adding male applicants in the same group-interview sessions were rarely asked similar questions. 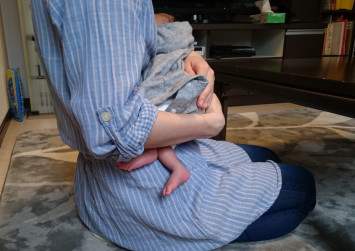 Ms Lee is still looking for work, despite a degree from Seokyeong university in Seoul.

She is not an isolated case, and evidence points to some firms in the world's 11th-largest economy systematically discriminating against women.

Three of South Korea's top four banks have been embroiled in accusations they set ratios for male and female recruitment, lowering women's test and interview scores and raising men's to hit the target.

A total of 18 executives have been charged or convicted, including the chairman of Shinhan Financial Group, the country's second-biggest lender.

And last week, the Supreme Court upheld a four-year jail sentence given to the former CEO of state-run Korea Gas Safety Corp (KGS) for offences including bribery and violating equal opportunities laws.

Despite its economic and technological advances, the South remains a patriarchal society, and has one of the world's thickest glass ceilings for women.

Only 2.7 per cent of the 15,000 top executives at the country's 500 biggest firms are female, a government survey showed last year.

At 36.7 per cent, the South also has the widest gender pay gap among the OECD club of advanced economies.

Jobs at state-run firms such as KGS are in high demand as they offer lifetime employment, but on former CEO Park Ki-dong's instructions, seven qualified women applicants were eliminated - including the top scorer among the 31 finalists - and replaced by poorer-performing men.

In the conservative South, many married women - whether working or not - are expected to take sole responsibility for household chores and childcare, with the double burden seen as a major cause of the country's paltry birthrate, the lowest in the world.

With daycare centres lacking and the country's working hours notoriously long, many women quit their jobs after becoming mothers.

Recruitment is highly competitive at the best of times in the South, and doubly so in potentially lucrative banking.

According to state regulators, number four KEB Hana Bank set a 4:1 target for new hires in 2013 and ended up taking on 5.5 men for each woman. Without discrimination, the ratio would have been almost equal, officials said.

Seven of its managers are on trial, one telling the court that the company's clients were mostly men and "feel more comfortable" with male staff who can "smoke or drink more freely".

But sentences can be token.

"The accused deserved criticism for changing the fate of many job applicants and causing so great a sense of betrayal and despair in their hearts," the court said.

But the offenders' personal responsibility was limited, it went on, as they were simply "following social customs".

The trio were given suspended jail terms and the bank fined a meagre five million won (S$6,094.29).

"In such an unfair world as this, how hard should women try to climb the ladder - if we can get our hands on the ladder at all?"