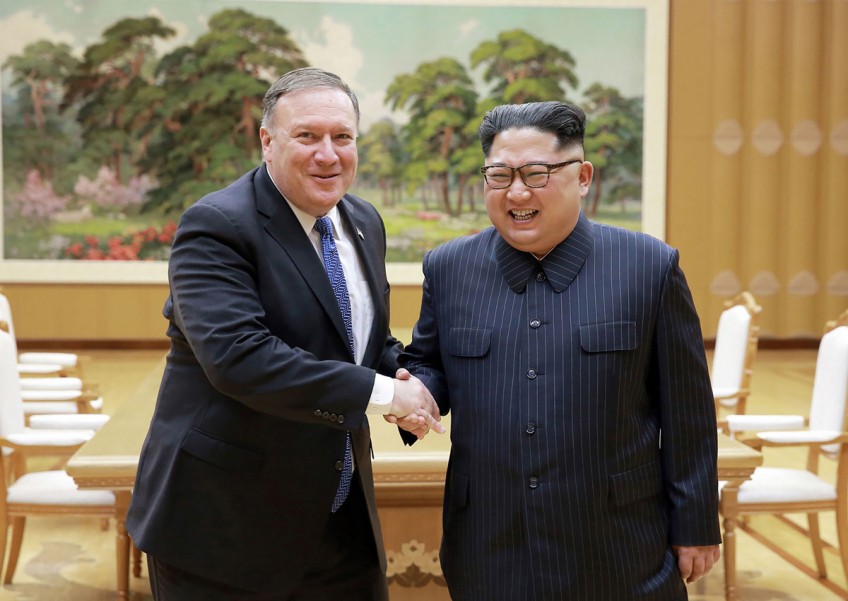 Kim, who is at the centre of a whirlwind of diplomacy as the international community looks to curtail the North's nuclear programme, said his summit with Trump "would be a historic meeting" and an "excellent first step".

He said it would help towards improving the situation on the Korean peninsula and the "building of a good future", in comments published on North Korea's official KCNA news agency.

It was the first time Kim is known to have acknowledged the planned meeting with Trump, according to South Korean news agency Yonhap.

Pompeo was in the North to discuss arrangements for the high-stakes summit, expected within weeks, as well as to secure the release of three Americans detained in North Korea.

Kim said he had granted "amnesty" to the three men "who have been detained in the DPRK for their anti-DPRK hostilities", according to KCNA.