MANILA - The Philippines' highest-ranking lawmaker said on Monday (July 15) a UN resolution to probe the country's bloody war on drugs should be ignored, and its chief backer Iceland be investigated instead for human rights abuses in allowing abortion.

"They have more unborn babies that they have aborted or killed. There are more killings in abortion than the drug pushers who are fighting the police," Senate President Vicente Sotto told ANC news channel.

The Nordic nation lacks moral grounds to lecture the Philippines on human rights, Mr Sotto said. "So we should disregard that resolution."

His remarks are the latest in a series of comments from lawmakers urging the government to not cooperate after the UN Human Rights Council on Thursday adopted Iceland's resolution to investigate thousands of deaths under Philippine President Rodrigo Duterte's anti-drugs campaign. 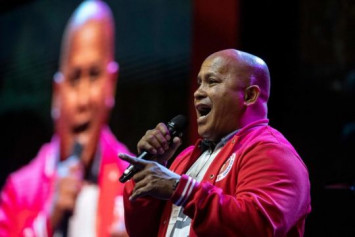 "The criminals can fight back, the babies cannot. What human rights are they talking about?" Mr Sotto said, adding that drug dealers that fight back and destroy families lose their human rights.

His comments about abortion echoed those made by incoming Senator Imee Marcos, the daughter of late dictator Ferdinand Marcos.

Rights groups, which hailed the UN vote as a step towards accountability, point out that the bloody anti-narcotics campaign is marked by systematic cover-ups, planted evidence and impunity.

The president's spokesman on Monday warned countries not to meddle with the state's affairs.

"All incidents in the war on drugs are tallied, recorded. All they have to do is ask us, not to pre-judge us,"presidential spokesman Salvador Panelo told a regular news conference. "It behoves them to render respect to a sovereign state."

Mr Duterte on Friday mocked Iceland as an ice-eating nation without understanding of his country's problems.