Taiwanese ladies appear to have a penchant for bikinis — this time 'round, a climber stripped down to her swimsuit after scaling the world's highest mountain.

When she reached Everest Base Camp, the woman removed her clothes, perched herself on top of a rock marker, and raised a flag above her head for a picture.

A photographer who posted the snapshot on Facebook exclaimed in a recent post: "It was so cold!"

Netizens were quick to praise the woman on her hot bod and her love for her country.

The display of patriotism doesn't end there — the climber surnamed Huang told Taiwan News that she's on a mission to scale the Seven Summits — the seven highest mountains across all the continents, in her flag bikini.

A Facebook user, however, voiced concern about the woman baring so much skin on what the Nepalese view as a sacred mountain. In her reply, the photographer thanked the commenter for shedding light on local customs she didn't know about. 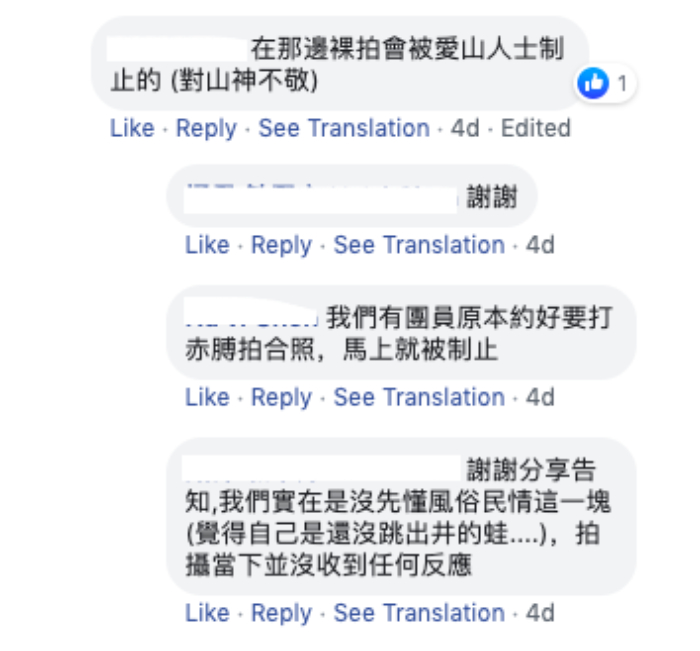 A Facebook user voiced concern about the woman bearing so much skin on what the locals view as a sacred mountain. PHOTO: Facebook screengrab

But it appears that not even the Nepalese, who hold Mount Everest in high regard, could resist the temptation of such a chilling feat.

In 2006, a Sherpa angered the public for desecrating the mountain when he stripped naked and stood for three minutes at the peak.

Cultural sensitivities aside, dropping all gear and braving the elements is a downright dangerous deed. 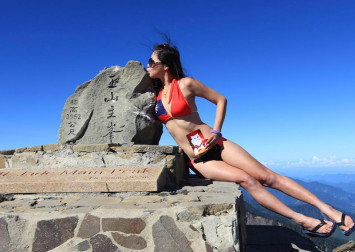 Gigi Wu, dubbed 'Bikini Climber' by fans, died in January this year after she fell into a ravine in Taiwan's Yushan national park.

The 36-year-old, who found fame online for her selfies in skimpy swimwear atop summits, said she scaled 100 mountains in four years in an interview.

When asked why she puts on bikinis after completing tough climbs, she said: "It just looks so beautiful, what's not to like?"

#Mount Everest #In Case You Missed It