Teens are tripping their friends for likes on TikTok Skullbreaker challenge

Another year, another challenge.

But unlike other social media challenges that are done in the name of good fun, the Skullbreaker challenge is one you should avoid.

The video prank, which originated in South America, involves three people. One of them is tricked into jumping while the other two kick the former's feet from under them to make them fall. The victim then lands on their back and hits their head on the ground.

In recent months, the challenge has gone viral on TikTok, causing unsuspecting youths to get injured in school.

Those who fall may break their skull, damage nerves, and suffer bleeding in the brain, medical experts warned. They may also suffer serious spinal cord injuries from the impact.

I really contemplated posting this, but I feel there needs to be awareness of this malicious cruel viral prank. On...

A boy in Arizona recently injured his head after he was tricked into jumping by his schoolmates. He fell a second time as he lost consciousness while trying to get back on his feet.

Last November, a 16-year-old girl from Brazil, a victim of such a prank, died after hitting her head on the ground.

While it appears that the trend has yet to catch on in Singapore, authorities in Indonesia and Thailand have started to issue stern warnings.

To deter people from attempting the challenge, also called the Tripping Jump Challenge, Thai police have said that those found guilty of injuring others may be fined up to 200,000 baht (S$8,900) and jailed up to 10 years.

In Singapore, TOUCH Cyber Wellness has shared some tips with parents on how they should talk about the topic with their kids.

Some practical responses include highlighting their concerns about the challenge with their children, discussing the potential dangers of the game, and how to provide first aid in case someone gets hurt after falling for the prank. 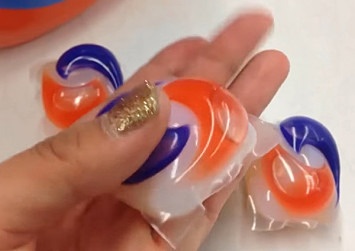 A quick check on TikTok showed that the few videos bearing the Skullbreaker challenge hashtag are all warning users against attempting it.

"The safety and well-being of our users is a top priority at TikTok," a TikTok spokesperson told AsiaOne.

"As made clear in our Community Guidelines, we do not allow content that encourages, promotes, or glorifies dangerous challenges that might lead to injury, and this includes the Skullbreaker challenge."

#TikTok #Children and Youth #In Case You Missed It