'We have to feed our children': Delhi's rickshaw pullers battle on through city's toxic smog

NEW DELHI - For over 40 years, Inder Pal Singh has been ferrying passengers around Delhi's old city by cycle rickshaw in the searing summer heat, and increasingly, choking winter smog.

He says he has no choice but to carry on despite government advice to stay inside.

The city of 20 million was the world's most polluted capital for the third straight year in 2020, and air quality has hit hazardous levels there and in other parts of northern India for much of this month.

Delhi's provincial government has tried various measures to contain pollution, urging people to stay at home, closing schools and deploying anti-smog cannons which blast out water vapour to try to capture dust and other pollutants.

But many of the thousands of rickshaw pullers in the city say they have to work.

"I have been driving a cycle rickshaw since I was 12 years old," said Singh, who does not know his age but says he is around 55 to 60.

"If I do not work, then what will I eat? Will (Prime Minister Narendra) Modi feed me?"

On a good day, Singh makes around 500 Indian rupees (S$9), sending most back to his family in neighbouring Uttar Pradesh state. 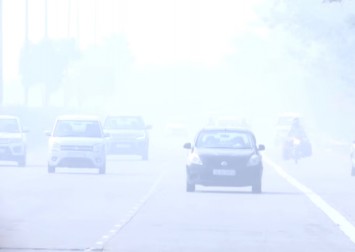 The strenuous, antiquated job comes at a cost: A continuous itching and burning sensation in the eyes, he said.

Mohammed Islam, a second rickshaw puller, said many were suffering from health ailments brought on by the pollution.

"We find difficulty in breathing and our eyes itch while riding rickshaws… the government says to stay at home; if we sit at home, what will we eat?"

"The government does not make any arrangements for us, how will we survive by sitting at our homes? We have to feed our children."

The federal government led by Modi has shut down five coal-fired power plants around New Delhi, banned trucks carrying non-essential goods and stopped construction in the capital and its satellite cities.

But on Thursday, pollution levels were still rated as hazardous in many parts on the city.