Chinese teacher punishes students by forcing them to eat trash

China might have banned corporal punishment in schools but with little to no guidelines specifying just what exactly constitutes corporal punishment, students have found themselves subjected to multiple cases of abuse by teachers.

Several students from Shui Quan High in Henan, China, were rushed to the hospital after examinations revealed that they all had foreign matter lodged in their stomachs, causing severe aches. Turns out, their teacher had forced them to eat literal garbage as punishment.

Following The Beijing News' reports, the teacher, while in the midst of a classroom spot check, realised the students had forgotten to empty the waste bin. When no one dared to answer who was responsible, the teacher allegedly forced them outside of the classroom and made them swallow the contents of the bin until it was empty before they were allowed back in.

"He stood aside and watched, I didn't dare to not eat," a warded student related to China Press. 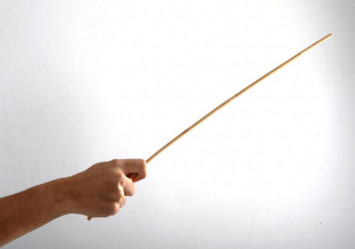 He shared that there were at least 10 other students who were similarly punished, though none of them dared to tell their parents — they were threatened with expulsion should a third party find out.

According to the victim's parents, it wasn't until after the students had finally managed to expel waste did they realise there were paper, longan shells and even plastic bags in the mix.

While the school's principal argued that the teacher had not meant his words and had only said out of anger, many netizens were quick to point out that the students wouldn't have actually eaten rubbish unless subjected to duress.

"Students aren't stupid. If no one forced them why would they eat it?"

"With the teacher standing there forcing them to eat, what can a 10+year old child do?"

"This is horrifying. Normally you'd retaliate if someone forces you to do such things. What kind of discipline have these students been receiving to be so terribly obedient." PHOTOS: Screengrab/Weibo

The teacher responsible has since been detained while the principal has been dismissed from his duties.