Now that Samsung has some experience under its belt, does the new Galaxy Buds2 finally nail it?

We begin with the design because it’s imperative that earbuds look good and fit well. There are four colours to choose from and as is the trend these days they come in pastel shades.

Your choices are olive, lavender, white, and graphite. White and black are the safe choices but lavender doesn’t look too bad either. I’m not a fan of olive but as luck would have it that’s the set I received for this review.

The Galaxy Buds2 have a bean-like design that Samsung has come to make their own – especially with the Galaxy Buds Live. The earbuds themselves are small, light, and they have a smooth finish that accentuates their colours. Like many modern earbuds, these have touch controls that are quite easy to get the hang of and are customisable using the Wearables app.

Water-resistance is rated at just IPX2 which, according to the Ingress Protection Rating, means the earbuds are “protected against spraying water when tilted up to 15 degrees vertically.”

What this translates to in the real world is that you'd probably want to keep your Galaxy Buds2 away from water as much as possible. Readers who work out intensively and sweat a lot might also want to consider more water-resistant alternatives like the IPX7-rated Galaxy Buds Pro.

Just like the Galaxy Buds Pro, the Galaxy Buds2 have an in-ear design that provides better noise isolation. Fit is terrific. They fit snugly and comfortably in my ears. It’s easily one of the most comfortable earbuds I’ve ever worn and I have no issues wearing them for hours. And because they sit so flush in my ears, I could even wear them to bed.

The charging case is a petite square and will fit easily into pockets. Curiously, they are glossy and white on the outside. The interior, however, is matte and is colour-matched to whatever colour of Galaxy Buds2 that you chose. It charges wirelessly and via USB-C.

Build quality is good. The case feels solid. It opens with the right amount of resistance and shuts with a satisfying thunk. The earbuds are plastic but they are smooth to touch and feel like a top-quality item.

As you’d expect, the Galaxy Buds2 are deeply integrated with Samsung’s Galaxy phones. Open the earbuds next to a Galaxy phone and you’ll see a prompt to pair them.

The earbuds can be customised using the Wearables app. With the app, you can test the fit of your earbuds, choose between six equaliser settings, switch between noise cancelling and ambient sound modes, tweak the touch controls, and more.

Speaking of customising touch controls, a recent firmware update added the ability to adjust the volume by tapping the edge of the earbuds.

The Galaxy Buds2’s active noise cancellation is impressive. I could barely hear a thing when I tested it by pointing my fan at me and playing simulated plane noises through my speakers. However, like most other noise cancelling earbuds, it’s not so great at cancelling out voices. Overall, I think Sony’s superb WF-1000XM4 is ahead of it but the Galaxy Buds2 are not far behind.

There’s an Ambient Sound mode that lets you hear your surroundings and it’s handily one of the better implementations of this feature that I’ve seen on an earbud that isn’t an AirPods Pro. Sure, it still sounds a little digitised but it’s not nearly as artificial sounding and as closed-in as the implementations of other brands. Voices, in particular, sounded quite natural to me.

Battery life is rated at up to five hours with ANC turned on and up to 20 hours with the charging case. These figures are entirely believable because I managed close to four and a half hours before the earbuds died on me.

One feature that is notably missing is support for multipoint connection. This means the Galaxy Buds2 can only connect to one device at any time. However, if you have multiple Samsung devices, you can enable seamless switching and have it automatically switch between Samsung devices that are logged into your Samsung account. Sadly, I only have a Galaxy S21 so I couldn’t try this out.

Still, I tested the Galaxy Buds2 with the Galaxy S21, an iPhone 12 Pro Max, and an M1 MacBook Pro, and there were no issues with the earbuds maintaining a connection. The Galaxy Buds2 connect quickly when you take them out of the case, and dropouts and glitches were rare even when I was walking around my crowded neighbourhood. Latency wasn’t a problem either.

As for codec support, the Galaxy Buds2 will play well with devices that support SBC and AAC. There’s also support for Scalable, a proprietary Samsung codec that automatically adjusts bitrates to ensure a consistent Bluetooth connection.

Switching from the Galaxy S21 to an iPhone 12 Pro Max, I could hear no discernible difference in audio quality. That said, it must be pointed out that there’s no support for aptX and LDAC, and that could be an issue with readers who might want to pair their Galaxy Buds2 with digital audio players.

The Galaxy Buds2 have three microphones and a voice pick-up unit with filters that uses machine learning to cancel out unwanted noise. And according to Samsung, their low-profile design helps minimise noise from wind. This configuration seems to work because the mics sound pretty good and only struggled when I had a fan blowing at me. But even with the fan, my speech was still intelligible.

Inside each earbud are two drivers – a single woofer that handles the bass and mids, and a tweeter that plays higher frequencies. Technically, these earbuds are average. The sound stage is adequate and they sound detailed enough. Separation is quite good and despite having two drivers, the sound and overall timbre is coherent.

The Galaxy Buds2 are tuned by AKG, which is part of Harman, one of the largest audio companies in the world. This is worth pointing out because Harman does a lot of research into what makes headphones sound good and they have come up with something called the Harman target curve – a frequency response that Harman found to be pleasant to most people.

Unsurprisingly, the Galaxy Buds2 were tuned with this target curve in mind. Bass is therefore elevated and it’s easily the best aspect of these earbuds. It hits cleanly and with authority.

But it takes this target curve to the extremes because moving away from the bass, I found the mids to be very thin and soft. The highs then come back up aggressively and so these earbuds have the tendency to sound bright and a little steely.

Consequently, this gives the Galaxy Buds2 a fairly steep V-shaped signature. And because there are only preset EQ settings to choose from, I found that I can quite can’t tweak the earbuds to sound the way I want. But this is the audiophile in me nitpicking. Ultimately, I think many owners will find the Galaxy Buds2 a pleasant and entertaining listen.

The Galaxy Buds2 does a lot of things right. And I’m not saying this and giving them a pass just because they are Samsung’s entry-level earbuds. These are simply very solid earbuds. Comfort is outstanding, build quality is irreproachable, the charging case is pocketable and supports wireless charging, active noise cancellation is impressive, battery life is decent, and the sound is quite good.

Of course, they are some things that it could do better. The ambient sound mode still sounds digitised and I’d like to see better water resistance and support for multipoint connection. 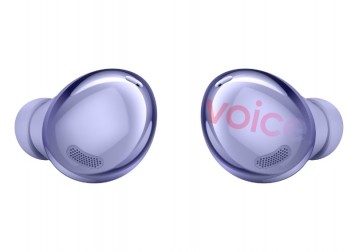 Readers who want a more balanced sound will likely also baulk at its artificial-sounding and overly energetic treble response. But really, that’s about it. These earbuds don’t have many glaring faults.

The Galaxy Buds2 are very solid earbuds and probably Samsung’s best yet, especially when you factor in price. At $248, they are a great bit less expensive than the Galaxy Buds Pro.

And I’m sure prices will tumble even more in the near future with discounts and bundles. Surely these will become the default option for Android users who are seeking high-quality yet affordable true wireless earbuds.

The Samsung Galaxy Buds2 will go on sale on Sept 11. You can pre-order them from the official Samsung stores on Lazada and Shopee.