Xiaomi Pad 5 review: An all-in-one tablet for all-rounded use

After what seemed to be a drought of Android-based tablets, 2021 saw a strong rebound of new offerings by different brands, with major OEMs launching Android tablet variants targeted at multiple market segments. Xiaomi took a three-year hiatus after the Xiaomi Mi Pad 4, before launching its successor, the 11-inch Xiaomi Pad 5 earlier this year.

Xiaomi touts this as an all-in-one affordable tablet that can be used for productivity and entertainment. And it even has an optional stylus to boost the tablet's usage scenarios.

Will the Xiaomi Pad 5 live up to its all-in-one, daily use purpose? Is it good value for money, or is it a compromise in favour of lower prices? Let’s find out.

The simple naming of the Xiaomi Pad 5 belies its major aesthetic upgrade from its predecessor, the Mi Pad 4. Xiaomi’s Pad 5 incorporates many designs typically found in modern tablets these days: a slim profile, removal of all front buttons, and thinner bezels. At 6.85mm, it is comparable to the competition which typically sit at 6mm thickness or more.

The Xiaomi Pad 5 felt slightly heavier than competing tablets of similar sizes. Weighing at 511g, it is comparable to an iPad Air or Samsung Tab A7. The tablet uses an aluminium finish on the back, fitted with an aluminium frame that exudes a premium feel.

In portrait orientation, the power button is on the top-right corner (again, similar to the iPad Air), with the volume to the right. On the same side is a magnetic mechanism for the Xiaomi Pen (not included). To the left side are other connectors, presumably for the keyboard cover case. 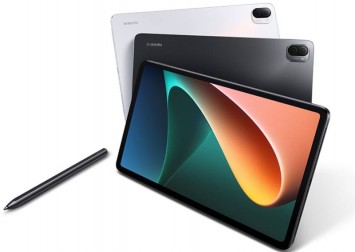 An interesting feature is the tablet’s screen: an 11-inch WQHD+ (2,560 x 1,600 pixels resolution) IPS display, with 120Hz refresh rate. While 120Hz is increasingly common in high-end flagship tablets, it was surprising to find this touted on an affordable tablet, even if it's a Xiaomi. The fluidity affords most animations and some games or videos a buttery smooth appearance, helping to enhance the viewing experience.

The display also supports Dolby Vision and True Depth, allowing it to deliver HDR videos from content streaming sites or other options. The only minus point is that it is an IPS LCD screen and as such, the blacks are not truly black as opposed to an OLED screen. However, we're getting ahead of ourselves at this price point and it's merely a point of comparison and nothing against this affordable Xiaomi Pad 5 that delivers plenty on other aspects.

The Pad 5 also has a Dolby Atmos-capable quad-speaker audio setup — each side of the tablet has two speaker grilles. Together with the display, you can go ahead and watch blockbusters with a great aural and visual experience in your hands.

Note that the Xiaomi Pad 5 does not come with any expandable storage options and comes in two colour options: Cosmic Gray (our review unit) and Pearl White.

The Xiaomi Pad 5 sports MIUI for Pad. It’s essentially MIUI 12, but suited for the Pad 5’s tablet form factor. It bears many design similarities to its phones’ UI counterpart but is optimised to take advantage of the generous real estate an 11-inch screen can afford. The MIUI eschews using Android’s app drawer, preferring to put all apps in the Home Screen though, much like an iPad OS interface.

Just like many Android tablets in the market, MIUI supports multi-tasking. However, Xiaomi’s implementation is slightly non-intuitive compared to stock Android experience; it is in the form of floating windows, in which it can only be activated through the Recents menu, tapping on “Floating Windows”, and then selecting the app to float. Another quirky thing is that while the height of the window can be adjusted, you aren't able to adjust the width. 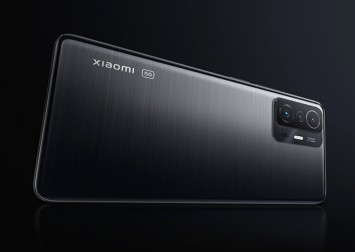 Interestingly, there is a ‘desktop’ mode for the Xiaomi Pad 5. To get there, a PC Launcher app needs to be downloaded somewhere on the web. Unfortunately, beyond just looking like a PC desktop, it offers little tangible benefits, as the problem of resizing windows still remains.

Xiaomi Pad 5 supports Xiaomi Smart Pen, a digital stylus, and the Xiaomi Pad Keyboard. Unfortunately, these optional accessories were not included in the review set, so we can’t comment on these add-on features.

The Xiaomi Pad 5 facilities camera functionality via a 13MP f/2.0 rear camera, and an 8MP front camera lens. What is interesting is that even though the camera is understandably basic, the tablet still packs a substantial camera bump at the back of the camera. The camera bump makes it impossible for the tablet to be laid flat on a surface for reading or typical interaction.

Nevertheless, here are some sample photos taken by the Xiaomi Pad 5.

The front camera is mainly used for facial recognition to unlock the tablet. It is speedy and works even if I'm wearing glasses. However, the front camera is situated at the top of the tablet, should the tablet be held in portrait mode. In landscape usage, this means the camera is either to your left or right of the screen.