A new update to the SingPass Mobile app has enabled a useful feature to check in an out of places as part of contact tracing measures during the Covid-19 outbreak.

The latest version of the app (version 5.2.0) now lets users access its QR code scanner and its SafeEntry capabilities via Siri voice commands, making logging in and out of venues even faster without having to fumble through their phone’s screen.

Unfortunately, this update is only available for iPhone users. Android users can’t do the same with Google Assistant (though they can take comfort in knowing that their virtual assistant is a lot smarter than Siri).

The app’s new update, however, ensures improved loading times for both Android and iOS users on top of the ability to pin favourite locations to the top of the app. No need to scroll through a long list of location names on the next grocery run at the nearest supermarket then.

Having Siri summon the SingPass Mobile features is pretty snazzy though. If they’ve got Siri enabled, iPhone users just have to hold the side button (or the home button for older models) to activate voice control and speak the words.

But first, one would have to go into the app and tap the gear button on the top-right-hand corner of the screen. Scroll down to “Siri voice commands”, tap it, and select which SingPass Mobile services can be summoned with Siri. 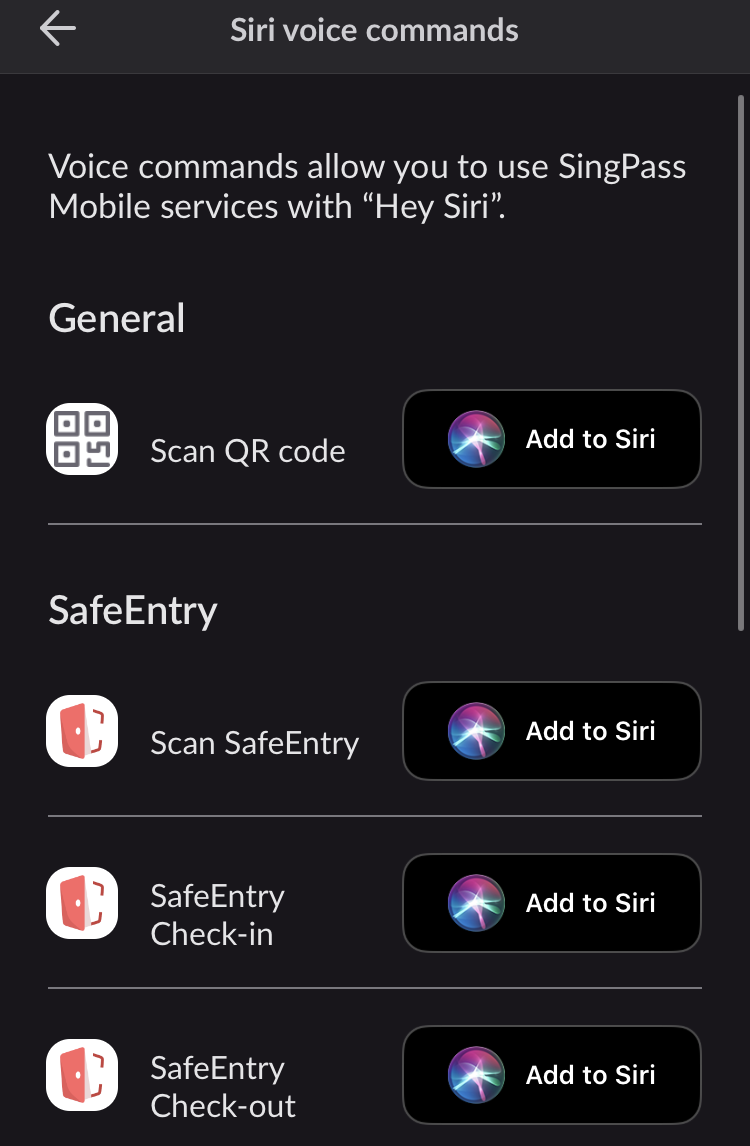 SingPass Mobile — the super-app designed to become the main gateway to access government services — has been enjoying wider usage and adoption during the coronavirus outbreak since its launch in October 2018. As of March 2020, the number of users has surpassed 1 million.

Useful as it may be right now for contact tracing, it might soon be unnecessary. Singapore’s own contact tracing app TraceTogether has faced technical difficulties running on iPhones, so a wearable device could be issued to everyone instead.