People joke around with the phrase "famous last words" but this is one instance many would have hoped did not come to pass.

Last Thursday (Nov 28), Godfrey Gao's hairstylist, Kim Huang, penned a heartfelt tribute to the late actor on Instagram which revealed Godfrey was indeed feeling under the weather and had reservations about filming Chase Me — the Chinese variety show which the 35-year-old was shooting when he collapsed and died on Nov 27.

In the post, Huang wrote eloquently: "That day (Nov 25), you said the recent weather in Taipei left people feeling unwell. You also felt like you were having a cold and told me to take care of myself because the weather was unpredictable. You said you wanted a trim because you were going to shoot a reality show the following day.

"You said it was a physically challenging programme and you were worried you could not complete it. I gave you a pat on the shoulder and told you not to worry because these tests mean nothing to you. You exercised regularly, played basketball and worked out at the gym."

Huang also revealed that Godfrey intended to come back after the shoot wrapped on Nov 28 to get his hair spruced up for the wedding of former professional basketball player, James Mao. Godfrey, who is a close friend of Mao, was supposed to be a groomsman at the Nov 29 wedding.

He continued describing his time with Godfrey as they walked to his car. Huang had offered to shelter Godfrey as it was raining and the latter didn't have an umbrella.

Huang added: "In the short two-minute walk (to the car), we were talking and laughing. When we reached the elevator lobby of the carpark, you looked at me, smiled, and said, 'I'll make a move first. We'll meet again on Thursday.' Why has all of these become our final memories?"

GODFREY WAS SUPPOSED TO PROPOSE

In another tribute by Godfrey's good friend, television personality Darren Jiang, it was revealed that Godfrey had plans to propose to 23-year-old Bella Su. The pair dated for three years but had been low-key about their relationship.

給好兄弟G的一封信 A Letter to My Brother G @godfreygao -你們了解與不了解的我們。 希望大家去我的YouTube觀看22分鐘的完整版，https://m.youtube.com/watch?v=ekv-ElNx_-Y。 中英文字幕在我的微博能夠找到。 希望這個世界上有更多的人能了解G是個怎樣的好人！一起為他祝福！ Please go to my YouTube channel to watch the 22 minutes video in its entirety. For subtitles and translations, pls check my weibo page at:DarrenJ蒋珅玮

Jiang uploaded a video on Instagram, Weibo and YouTube on Dec 2 where he read a letter he had penned to Godfrey. He said: "When we checked up on each other a few days ago, you suddenly asked me, 'Where you at?' I said that I was travelling in Europe, but in a few days, we could catch up and chat.

"But now, I finally found out why all of a sudden you were checking where I was, because you would like me to be a witness at the two families' big dinner, as you were ready to start a new life in a new direction."

CELEBS SAY CHASE ME IS "EXHAUSTING" AND "DIFFICULT"

After news of Godfrey's death broke, some celebrities spoke out about the physically demanding obstacles that participants have to face in the show.

Chinese actress Elaine Zhong, who dropped out of the night-time show, described it as "exhausting" in a Weibo chat with her fans. 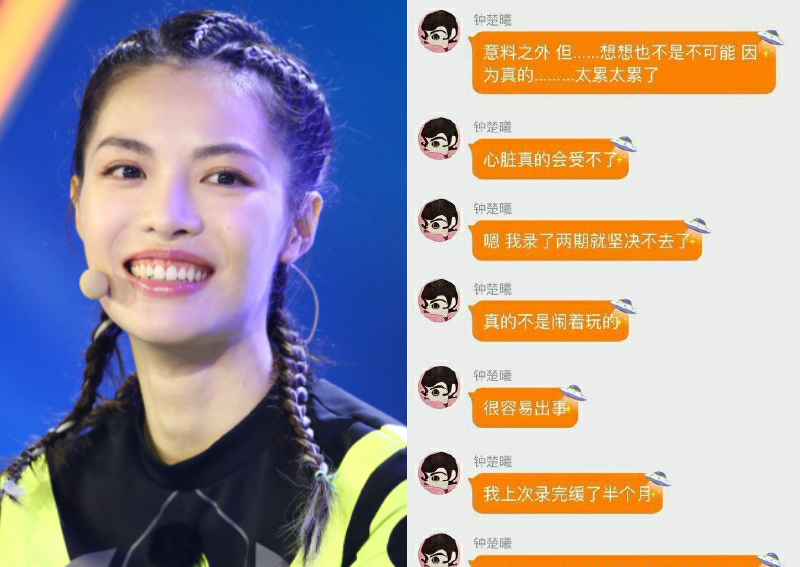 In a screenshot of a conversation circulating on Weibo, the actress wrote: "Thinking about it, (his death) is not impossible because it's (the show) really exhausting. The strain is too much for the heart to take. I filmed for two weeks and decided resolutely not to continue.

"It's no joke. It's easy for something bad to happen. I took half a month to recover after I completed the filming."

A clip of Hong Kong singer-actor William Chan talking about the show also surfaced on Weibo and he described it as "really difficult". 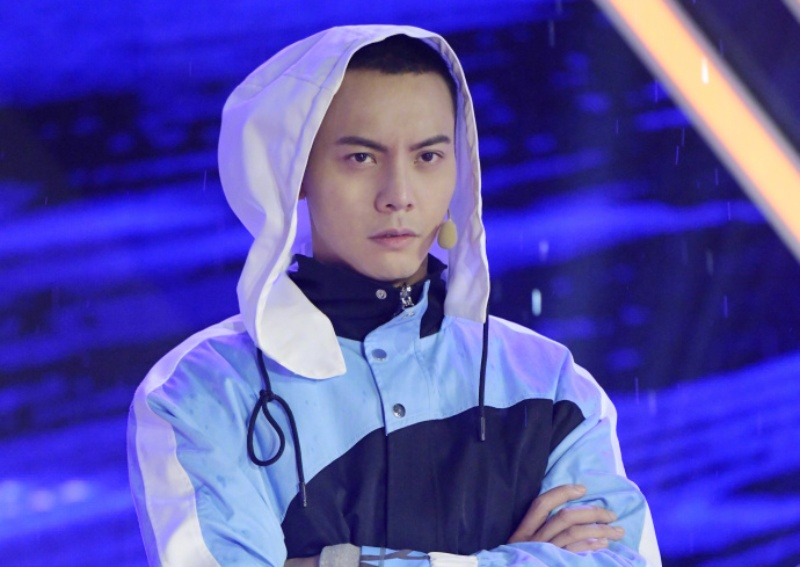 He said: "Filming Chase Me is really difficult. It would be around 6 to 7am by the time we wrapped up and returned to the hotel. I've always said I love to exercise but never to this extent. Not to the extent of running all the way till morning."

According to netizens who claimed to be at the scene, Godfrey said "I can't go on" before he fell.

Godfrey's management agency, JetStar Entertainment, announced on Weibo that there will be a public funeral service on Dec 6, from 10am to 5pm (Singapore time).

They wrote: "We understand that fans and friends wish to say their goodbyes to Godfrey in person. Hence, the funeral parlour will be open to public on Dec 6, from 10am to 5pm, for them to pay their respects."

#celebrities #death #Social media #Funeral #In Case You Missed It